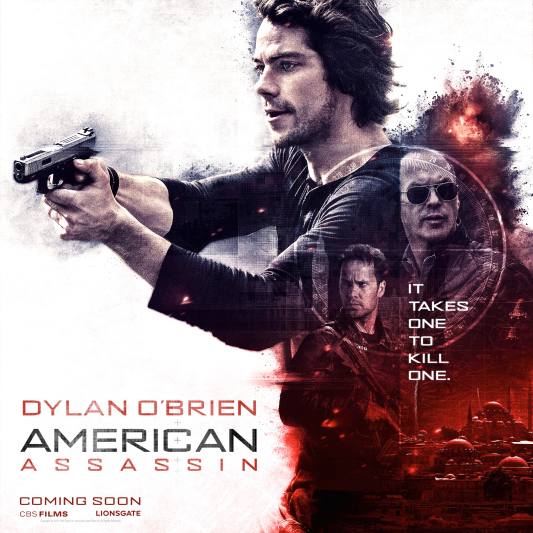 7/10 After tepid reviews and a moderate box office run, my expectations were lowered a little bit for this film. After having seen it, I can say that although it is nothing new, game changing or completely memorable, it is definitely a solid way to kill two hours. The plot is somewhat generic (although it is timely) and involves revenge, betrayal, loyalty and fighting terrorism…things we have all seen before. Even though the plot treads familiar ground, I couldn’t help but enjoy that the film is well made, well-acted and entertaining. A plot twist or two you might see coming but there was definitely one I did not, which I give the film credit for. Michael Keaton continues to give very strong performances (although let’s all try to forget about “Spider-Man: Homecoming”). I wasn’t sure how Dylan O’Brien would fair as a full on leading man and acting alongside an Oscar nominee of Keaton’s stature but he pulled his weight and gave a solid performance. I like that for the supporting cast they went with mostly unknown actors to really make it believable. The action choreography was also very well done and made fight scenes engaging and fun to watch. If there is anything that can kill the mojo of a well-choreographed fight scene, it is quick cut editing (i.e.- The Bourne franchise) but luckily for this film, the editing was well done and in no way hindered the action. The stakes were high but believable, even though the villain was a little too good for my liking at everything he was accomplishing. Some of the special effects lacked due to budget restraints but luckily there wasn’t a lot of special effects. The training scenes that the recruits go through were some of my favorite scenes and really interesting to watch. I love when action/spy films do some globetrotting which this film does so we get to see a lot of different locations and the production design handles that challenge well. “American Assassin” may not be the most memorable film due to its plot similarities from other films but it is still a film worth seeing due to its strong performances, timely material, exciting fight scenes and strong pacing. If you don’t get a chance to see it in theaters, then do the American thing and check it out on DVD/Blu-Ray.