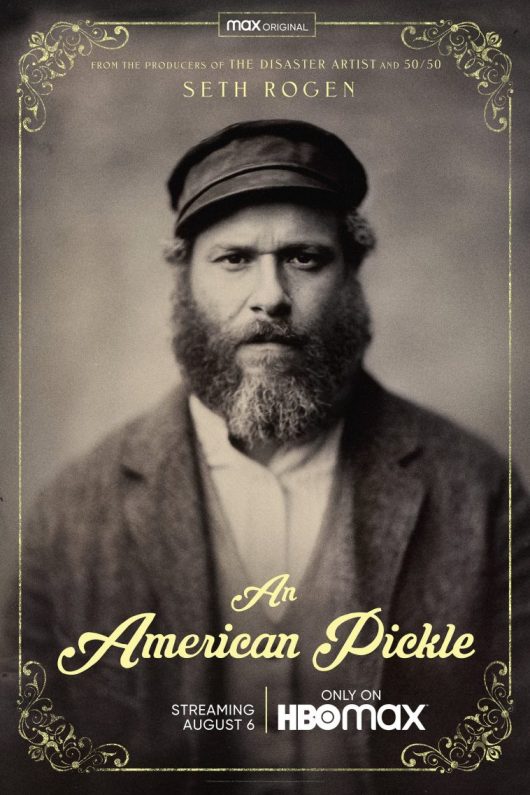 8.5/10 A little bit dill, a little bit sweet and a whole jar of fun. I wasn’t sure what to expect going into HBO’s latest film but by the time the end credits began to roll I was super happy I decided to review this film. Seth Rogen tends to rotate between dumb comedies, some of which are hilarious (“Superbad”, “This is the End”) and some of which are just dumb (“The Guilt Trip”, “Pineapple Express”) and serious turns (“Steve Jobs”, “Take this Waltz”) but here we get a very unique blend of both comedy and drama. The fact that Rogen played two completely different roles and the impressive way they shot the film, make this all the more impressive. This is completely Rogen’s film from start to finish and I would really love to see him take on less silly stoner roles and more challenging roles that stretch his acting talents like he does here. Simon Rich’s screenplay’s most impressive feat is how much it is able to shove into the hour and twenty-minute runtime of the film. The film will make you laugh out loud, has emotional moments with heart to it, themes dealing with family, religion, friends becoming enemies and vice versa, social media and literal mobs and how they love you one minute and hate you the next, business, culture, etc. In a normal film I would say they tried to fit way too much into too little of screen time but everything works so well here. Almost all of it feels natural with only a few forced moments that you won’t mind all that much. The commentary on all of the themes were strong and pretty spot on. The plot kept taking entertaining yet unexpected turns and the pacing was fantastic. Director Brandon Trost is able to achieve this great balancing act, while also giving the film a distinct feel to it, especially near the beginning of the film as he plays with black & white vs color, as well as different ratios and some great scene transitions. It should be no surprise that he commands great control over the cinematography since his main profession up until now has been as a cinematographer. The technical aspects from costume and production design to special effects live up to HBO’s extremely high standards in all of those departments. Despite some aspects that I couldn’t relate to (I’m not Jewish), the film works for all audiences because there are plenty of other aspects that we as the viewer can relate to. A couple of moments were a little too on the nose and some predictable moments can found but minus the importance of Twitter in the film (since I assume Twitter won’t still be around in 100 years), this film will, like a delicious pickle, age very well far into the future.