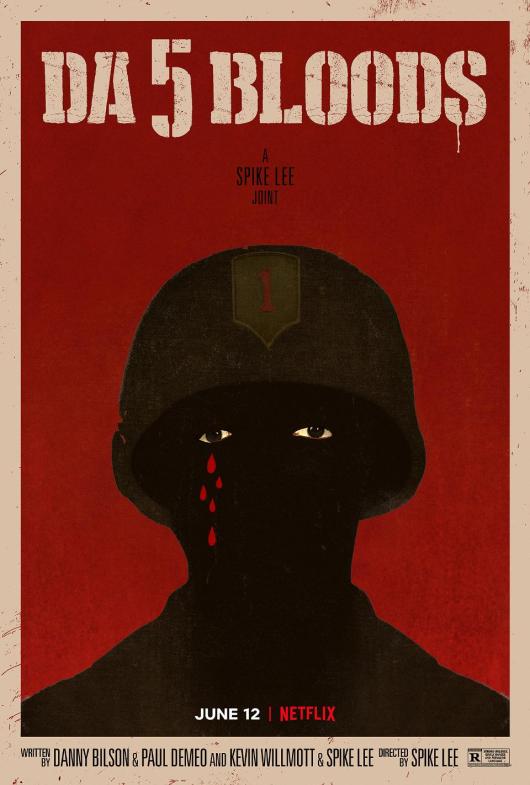 3/10 Coming off of the high of “BlacKkKlansman”, I figured Spike Lee might be into a groove with making some good films since he has a roller coaster filmography of ups (“Inside Man”) and downs (“Chi-Raq”). Unfortunately, “Da 5 Bloods” ends up being a total mess, allowing Lee to give into his worst impulses as a director. There are so many different styles shoved into this that the movie becomes jarring and muddled. Many directorial choices were odd and did not work at all. For example, in flashbacks to Vietnam, instead of casting younger actors to portray the characters roughly 50 years earlier, Lee decides to let the old actors portray themselves as young men, which doesn’t work at all. The five men in the flashbacks are also the only US soldiers seen as they are apparently in an invisible platoon. Their M16s fire off as if they were machine guns, which is not at all how M16s operate. Essentially every aspect of the flashbacks don’t work due to these oddities and inaccuracies. Even smaller things like making the first letter of every single work capitalized during subtitles was nonsensical and more distracting than anything. Lee also has some mild attempts at comedy in quoting or paraphrasing lines from other films/shows (“The Treasure of the Sierra Madre” and “The Wire”) which completely fall flat. There are some convenient coincidences and predictable moments as well that bring the overall quality down. The biggest problem is easily the script, where Lee gives us his forced, pretentious, preachy and heavy handed messaging with his overly simplistic and insultingly narrow minded ideas of characters and their ideologies. For a movie that focuses heavily on race, it really has nothing new to say that we haven’t heard before from others, including Lee himself. The movie is two and a half hours long and although the movie’s pacing picks up later, the first 45 minutes are very slow. An opening action scene is mediocre with average special effects and the movie’s score is either cheesy and/or forgettable. As for the positives, the casting is really well done and there are some great performances to witness here. The production design is fantastic and a few bursts of action later on in the movie are surprising, well shot and very welcomed after the endless and constant bickering that these characters put the audience through. Despite a few positive aspects, this movie is only getting praised by critics on Rotten Tomatoes due to its radical, woke Hollywood messaging. Even if you take out some of the political nonsense, this just isn’t a good movie at all. Like the Vietnam War itself, this movie should never be entered.