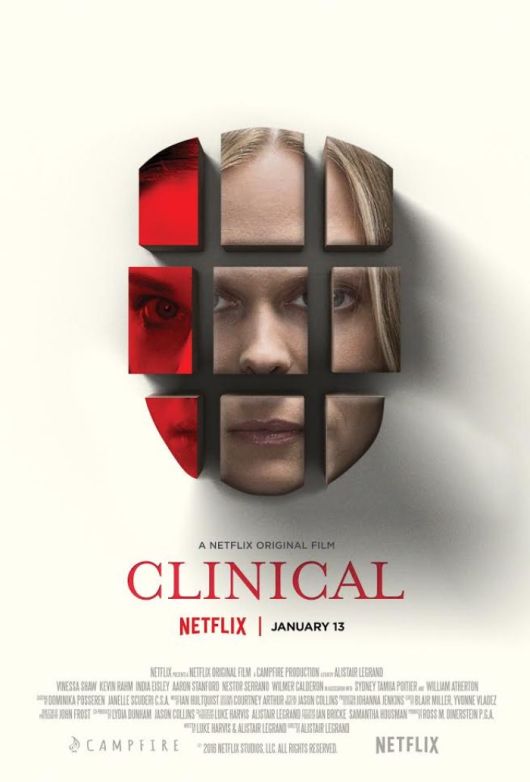 1.5/10 I wish I could go back in time to 2016, write an absolute garbage script and know without a doubt that Netflix would still greenlight it since in their early days, they were signing on to make any awful script that was dropped onto their desk. Thankfully, they’ve come a long way and are making Martin Scorsese and Alfonso Curaón films but I really don’t know how many more early Netflix movies I can stomach. This latest dud has a no name cast paired with a terrible script, full of ridiculous situations and dumb characters. Yet, like so many other early Netflix movies, you can tell this was cheap to make and therefore affordable for Netflix to finance. The biggest problem this movie has is how painfully slow it is. The first ¾ of the movie are just conversations that therapists are having with their patients. If the dialogue were fantastic, I wouldn’t even mind this being so dialogue heavy. Sadly, none of these conversations have much substance. So much of the plot is completely dumb and would never happen. This is a horror movie that is supposed to be grounded in reality (there are no supernatural elements here), yet unrealistic event after unrealistic event continue to make your eyes roll. Our lead female protagonist is paranoid after several break-ins, so she continues to leave doors unlocked, windows either unlocked or completely open, have no real home defense weapons (a baseball bat isn’t going to cut it against anyone with a knife or gun) and not stay at her boyfriend’s house or friend’s house since these intruders knew where she lives. She also runs the therapy sessions out of her house and gives her personal phone number to clients. How irresponsible do you have to be as a therapist to give all of your patients with varying levels of mental health issues access to your personal life including your home address and personal phone number? When a patient of hers calls her to say he took too many pills, instead of telling him to hang up and call 911 or poison control, she decides to drive over to his house, which makes zero sense. Characters get stabbed in the throat and would clearly bleed out, yet somehow survive and can still function fine. Someone gets a needle put into their foot while sleeping and it doesn’t wake them up, despite noises outside waking them up at other times. Things come really off the rails at the end where a ridiculous escape takes place and no police go to the house of the person who escaped. The only minor highlights include some subtle directorial decisions (splashes of red in black and white flashbacks and some solid foreshadowing with a certain film playing on television during a scene) and some moments of genuine tension/suspense. Minor highlights aside, this is a movie you definitely want to avoid wasting your time on. You’d be better off getting that check up at the clinic you’ve been avoiding than experiencing this clinical failure.