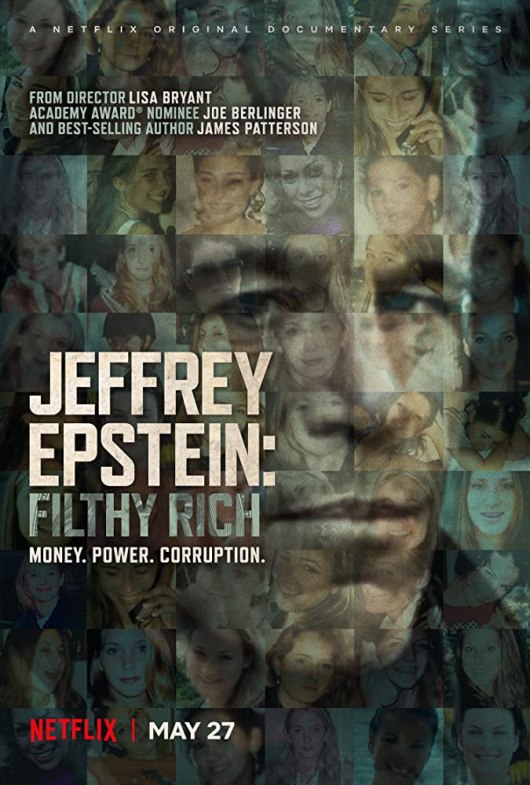 4/10 Although this short docuseries is named after Jeffrey Epstein, this four-part season is really focused on his victims and making sure that they are heard. Therein lies the series’ strength and the best thing on display here: the women Epstein abused. This series acts as a platform for many of them to share their stories, their pain, their frustrations, their courage, their voices and shedding more light on what they’ve been through for decades at this point. When watching any documentary or docuseries, the primary goal is to learn more about the subject matter than initially known before your viewing. Hearing these victims speak as well as several other interviews (from police, Alan Dershowitz, etc.) gave the deepest insight of new information. Unfortunately, outside of these newly conducted interviews, where this series fails is that it provides a bunch of information the public already knows, while simultaneously leaving out important information and playing politics. I was quick to watch this because the Epstein case is one I have followed extremely closely for close to two years now. Any docuseries, documentary, YouTube video, etc. about Epstein, I have jumped at the opportunity to watch and learn more. So knowing what I know, I was able to tell how selective the film makers behind this were with what they wanted to reveal and what they wanted to hold back from their audience. For example, the film makers go out of their way to link Donald Trump to Epstein. And yes, they knew each other and a quote from decades ago that Trump says in regards to Epstein’s taste for young women has not aged well. However, this series leaves out how after Epstein sexually assaulted a young woman who worked at Trump’s Mar-a-Lago, Trump barred Epstein from Mar-a-Lago and this lead to their falling out. Also, one of Epstein’s accusers represented by Florida attorney Bradley Edwards noted how Trump was the only high powered individual to help out with his investigation. So it seems that Trump partied with Epstein back in the day, figured out what a predator he was and cut him out of his life. Yet this docuseries only leads on with half of the story. Details involving Alexander Acosta are also left out, like how he was essentially forced to not go hard on Epstein because Epstein was working directly with intelligence agencies, gathering black mail on high powered individuals. Another problem this series has is that it feels rushed. With only four episodes, this could have easily covered eight to ten episodes but it felt like this was rushed to be put out while new content online is few and far between. Epstein’s “suicide” could have warranted an entire episode alone, yet it only gets 15 minutes here. Details involving Epstein’s relationship with the intelligence agencies and his and Ghislaine Maxwell’s Mossad connections aren’t even touched upon. Another issue is how both Tim Kaine and James Patterson both get interviewed here. Senator Kaine was Hillary Clinton’s running mate as her VP in 2016 and James Patterson wrote a book with Bill Clinton so both Kaine and Patterson have strong ties to Bill Clinton. So having them speak here really rubbed me the wrong way and came across as distasteful. Although the hefty majority of B roll footage used in this docuseries is extremely well shot, several pictures of Epstein get repeated numerous times, which came across as slightly lazy. Overall, for people who know absolutely nothing of Jeffrey Epstein and his young victims, this will give you a general idea of what went on. However, for people who look deeper into this stuff like I do, there isn’t much new to be offered here and a lot of the selective editing and leaving information out exposes the film makers’ true agenda. In closing, don’t let this review distract you from the fact that Epstein didn’t kill himself.