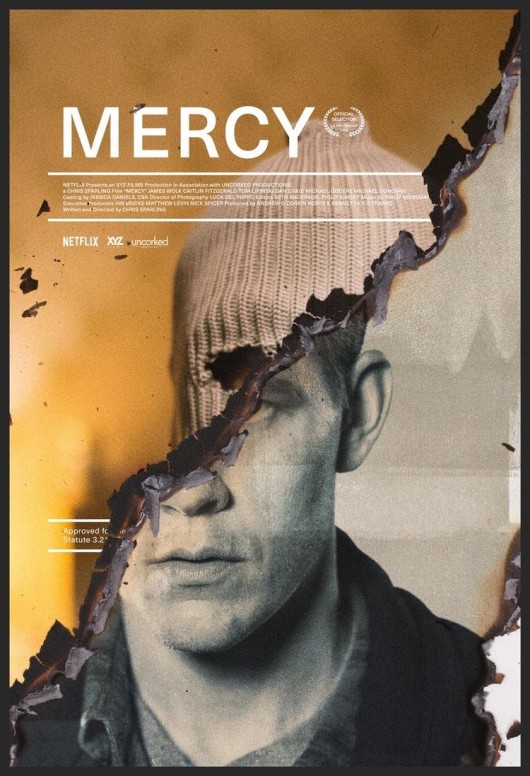 2.5/10 Movies like “Mercy” tend to make me ask myself, “…what was the point of that?” once the end credits begin rolling. A movie devoid of a purpose, communicating any kind of message, telling a compelling story or filling my time in any meaningful way, “Mercy” feels like it has potential to make a decent short film, but when stretched into an hour and a half, it completely runs out of steam. I have recently been watching and reviewing the original “The Twilight Zone” seasons and I feel like the idea behind this would have made for a decent episode from that show. Despite being a short movie, the first third of the movie is extremely slow, dry and uneventful. Then if you subtract how the movie shows certain events multiple times but from different perspectives, you probably have 30 or 40 minutes worth of anything that matters remaining. The plot centers on a religious cult who desperately wants to keep a dying woman alive yet we have no idea why she matters so much to them or why her family is so hesitant to give her the treatment that will keep her alive. It is hinted at that the family may be ok with her dying so they can get her inheritance but the movie isn’t very clear on if that’s exactly the case. There are many ridiculous moments in this movie which range from multiple characters conveniently hitting their heads during a fight to get knocked out/killed, characters making really dumb decisions like characters from a bad horror movie and the fact that it is revealed that there are at least seven members of the cult at minimum, yet they only have two members actively working on their mission and take forever to break down a door instead of sending in everyone at once, overwhelming the family in the house, easily breaking down the door and accomplishing their mission much faster. Elements like this just don’t make any sense and since we never get to know any of these characters and have a bunch of unanswered questions by the movie’s end, we simply don’t care. This movie gave off “The Strangers” vibes, except that was actually a good film. Most of the brothers in this movie look very similar and since so much of this movie happens in the dark and at night, we can barely tell one from the other or what is happening to who. Even the ending is anti-climactic and rather abrupt, yet I was happy for it to finally be over. There are only a couple of aspects of the movie that work decently enough. The best aspect is how the movie does play with time in its narrative. The time jumps and different perspectives are effective and engaging. There are also some genuine moments of tension and suspense, as the movie doesn’t go for any lazy jump scares. Finally, the score was surprisingly impactful and greatly attributed to the aforementioned tension. The positive aspects, however, are not enough to save this pointless waste of time that you should definitely take mercy upon yourself and skip.