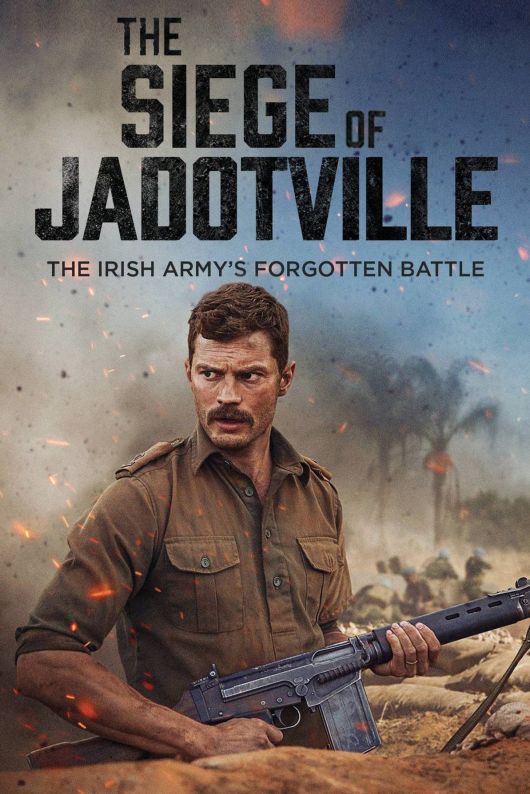 6/10 Many battles, sieges and wars have had countless cinematic tellings and retellings of historical events which have transpired but what stood out about this film to me was that a story was being told of which I knew absolutely nothing about. This true story details a group of Irish soldiers and the insurmountable odds they faced, which reminded me of films based off of similar events such as “The Alamo” and “300”. The story, in addition to being informative, also highlights how corrupt and shady the United Nations is as an organization, which has proven to be unchanging and rather timely in today’s current culture. Other positive aspects about the film include the overall acting, especially from our lead, Jamie Dornan, who even pulls off the Irish accent very well. The pacing is extremely strong as once the action begins, it rarely lets up, keeping our interest constantly peaked and making the film fly by. The action is very well done and you can feel the sense of danger that these men face. The cinematography captures the brutal heat of the Congo as our protagonists wait for help that isn’t coming. The film establishes a sense of dread and does a solid job of conveying how the men feel. That being said, the film has its share of problems. Besides Dornan’s character, we don’t get to know any of his men, meaning we root for them but don’t really care if any of them live or die since we don’t know them at all. There is no real character development here and even Dornan’s character’s wife has nothing to do. She has no personality outside of being a supportive, worried wife while her husband is away. Mark Strong, a terrific actor, similarly has nothing to do and gives a rather one note, bad guy performance. The direction is rather bland and the score is forgettable so there are several elements you will instantly forget once the end credits start rolling. I appreciated that they had relevant and meaningful information on the screen once the film ended. I just wished that the film was more fleshed out with a stronger script. Definitely not a bad way to kill some time and it definitely provides a unique history lesson, but…Irish the end result was a little stronger.