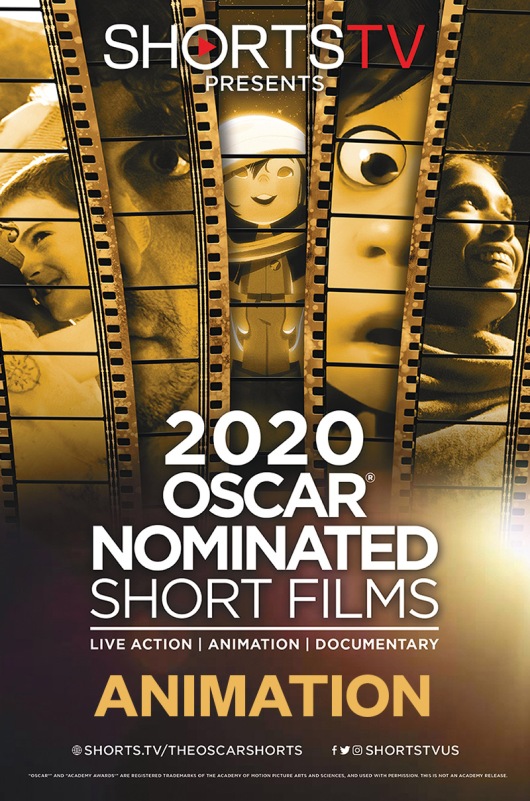 Hair Love 6/10 “Hair Love” has some things going for it. An emotional ending, beautifully rendered animation and using an absence of dialogue very effectively. However, the story itself is too overly simple and unengaging that I felt no connection to it whatsoever. The short film is literally a girl trying to do her hair and her dad trying to help her and that is it. I know these shorts are constricted by time but when some of these shorts are able to go much deeper on the story level, this feels a little shallow in comparison. #BedHead&Shoulders

Dcera (Daughter) 2/10 I have no idea why this short film was nominated as it is easily the worst short film out of any live action or animated short film nominated this year. The animation is creepy and devoid of emotion, the shaky camera paired with schizophrenic editing jars and jumbles the audience and the film is just overall hard to follow. Whereas “Hair Love” did a solid job of using very little dialogue but still got the point across, this similarly uses basically no dialogue but instead will bore and confuse you as you wait for it to finally end. #AbsurdsOfPrey

Sister 8.5/10 During the first ¾ of “Sister” I was engaged but like “Hair Love”, ready to condemn it for an oversimplified story with nothing to say. That all changed in the last minute or so when the ending is revealed and the story takes a deep, dramatic turn, which completely elevates the film. Due to having a pro-life message, I was deeply surprised that Hollywood nominated this film (and it surely won’t win due to that factor…UPDATE: It didn’t win) but this film was emotionally powerful and despite some strange moments that briefly took me out of it, this is the best of all the animated and live action shorts. #OneDefiledPolicy

Memorable 7/10 Although the style of animation used here was similar to the kind in “Dcera (Daughter)”, this was done in a much more artistic way to avoid looking creepy. This is probably the most adult themed of all the nominees and I appreciated the story and how it was told. While initially a little confusing and a tad slow at times, “Memorable” picks up steam the further it goes along and has some great emotional, character moments that make this short film truly…memorable. #IDontHaveThePaintestNotion

Kitbull 5.5/10 The most child friendly and light hearted of the bunch, “Kitbull” is the story of a friendship that is forged between a dog and a cat. While a break from the serious short films was nice, “Kitbull” doesn’t accomplish much outside of being cute. The animation is well done and it is very passable but brings nothing new or exciting to the table. I expect more out of film makers working out of Pixar. #RagDog

Henrietta Bulkowski 7/10 A stronger short film that several of the actual nominees and boasting a recognizable voice cast with people like Chris Cooper and Christina Hendricks, “Henrietta Bulkowski” has an impressive build up about a young girl’s disability and her dreams of flying. Her journey is well done and there is a lot to admire in this short film. The biggest problem is that the ending goes a bit off the rails when it wanders into the realm of the fantastical, taking you out of what could have been a genuine, realistic tale. #PlaneAndGlory

The Bird and the Whale 4.5/10 What starts as a cute story of a whale attempting to rescue a bird stuck in a cage floating out on the ocean starts to sink when we realize that the situation is rather unbelievable in the first place and the short film ends with soul absorption, which is a totally weird direction I did not see this going in. Amazingly beautiful animation can’t save this forgettable film. #WhalesInComparison

Hors Piste 8/10 This short film is probably the most fun out of every short film nominated this year. It doesn’t take itself seriously or try to be realistic in any way. It is meant to be silly, over the top and completely unbelievable. This is another example of a short film that could and should have easily taken the place of some of the actual nominated films. Although the animation looks a little low budget, the cheesy score and fun vibe make this a great one. #RescueNineOneFun

Maestro 7/10 It is rather hard to rate this short film since it is indeed the shortest, coming in at two minutes long. All it shows is a choir of animals singing. What makes this enjoyable is the silly opening with a bird, how short and sweet it is and this has the best looking photo realistic animation out of all the films. I can’t justify giving this a higher score because of how simple it is but for something two minutes long, you could do a whole lot worse. #AnimalCharm