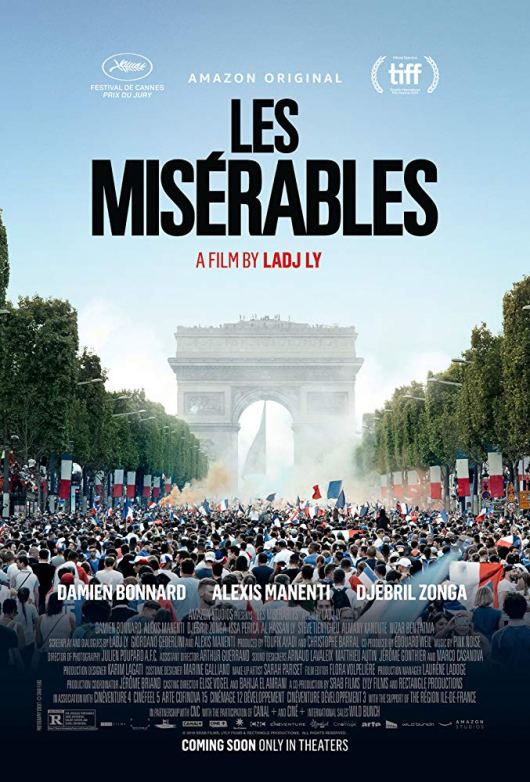 5.5/10 Nominated for Best Foreign Film at the 2020 Oscars, “Les Misérables” is pretty disappointing for a movie up for such a prestigious award. I went into the movie knowing nothing, which was a pleasant surprise but the movie is marred with problems. The biggest obstacle this movie faces is the fact that besides one character, there is absolutely no one to root for. The movie is filled with terrible people doing terrible things, so when conflict arises there is no one to side with or care about. Characters’ lives are briefly glimpsed at but we are never shown enough to have them become fully developed. The movie references Victor Hugo’s “Les Misérables” and has relevant text from it onscreen at the end of the movie but taking its title to name this movie seems a little lazy and uninspired. Imagine if Christopher Nolan would have called his final Batman film “A Tale of Two Cities” (which his film was inspired by) instead of “The Dark Knight Rises”. Not a very good call. The movie doesn’t have a lot new to say in the subject matter in which it deals. There is also an overhead shot from a drone that was accidentally shown in reverse as you will notice cars driving backwards if you look closely so it seemed like that mistake somehow got past the editor. That’s not to say this movie is all bad since it definitely has some redeemable features. The acting is really well done and this movie goes through a wide variety of emotions, which are all displayed expertly. When characters are in danger, you get a great sense of that. When characters are elated, we feel what they are feeling. When characters are rioting, we feel their anger. The tone and mood that this movie puts out is palpable. The editing and pacing are strong as the movie never overstays its welcome and moves along, being sure to never stall out. The production design shows off the city and brings it to life, making us feel like we are a part of it. The city is almost a character on its own. The ending is also builds well, leading to its violent, entertaining climax, which was the strongest part of the movie. Overall the movie isn’t one I would revisit as it was not an extremely enjoyable watch but if you are into French films or just wanting to check out some Oscar nominated films, you could do worse. Make sure not to confuse this movie with the actual musical of the same name, which I would much rather revisit than this mediocre movie which has some rhythm but not one that I dug all that much.