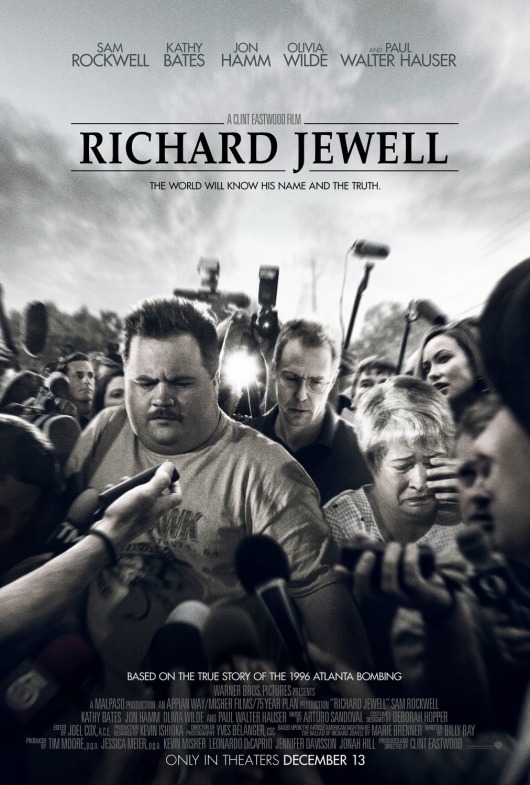 8.5/10 Legendary director Clint Eastwood has had some decent films in recent years but his last truly great film was “American Sniper” back in 2014. He returns to close out 2019 with his best film since then and one that will stand the test of time for years to come. Following the previous film I saw before this one, “A Beautiful Day in the Neighborhood”, this film is even more timely than that one. “Richard Jewell” reveals how the US government and the main stream media can aim to poison the public with misinformation and destroy innocent people’s lives, which is something they continue to do to this very day and will most likely never stop doing. That relevancy, in addition to how emotionally powerful this film is (I wasn’t expecting to tear up as many times as I did during this), creates the perfect storm for Eastwood and this extremely talented cast. Speaking of the cast, lead actor Paul Walter Hauser, who you may have seen in smaller but very memorable roles in films such as “I, Tonya” and “BlacKkKlansman”, gives his best performance to date and he really shows his internal conflicts between wanting to help the authorities due to him wanting to be accepted into that community, his anger with how he is treated, his love of country and his mother and the physical toll his weight combined with the stress took on his physical and mental state. Kathy Bates hasn’t been this great in years and she was the source of most of my tears as we see her heart break for her only son. Sam Rockwell was the most fun to watch here as his no-nonsense lawyer character stood up for Jewell and wasn’t afraid to stand up to any and all authority figures. The film literally gets in Jewell’s face and shows how violated him and his mother’s privacy/lives were. Billy Ray’s script was very strong and even though the film clocks in at just over two hours, you never get bored for a minute. The quieter, character moments between Jewell and his mother or Jewell and his lawyer were as compelling as the scene where the bomb is discovered and dealt with. There are even some moments of humor to lighten up the serious subject matter and those moments feel natural and really work. The only couple of complaints I had were fairly mild. First off, Olivia Wilde, who delivers a perfectly slimy performance, her journalist character kind of does a 180 the last time we see her and it felt cheesy, melodramatic and out of character for her. Lastly, the film has text up on the screen about what happened to Jewell, his lawyer, etc. in the aftermath of the film and hints at events with the real criminal who carried out the terrorist attack on American soil, but in regards to him, it leaves out a ton of information that would have been nice to see like why he did it, why he confessed, how long he is serving time for, etc. Even just a little more information would have helped with the film’s closure. All that being said, this emotional rollercoaster filled with stunning performances makes this not only Eastwood’s best film in half a decade but also the most timely and relevant film of 2019 that every American should see and feel outrage from. This is one of the crown jewels of the year.