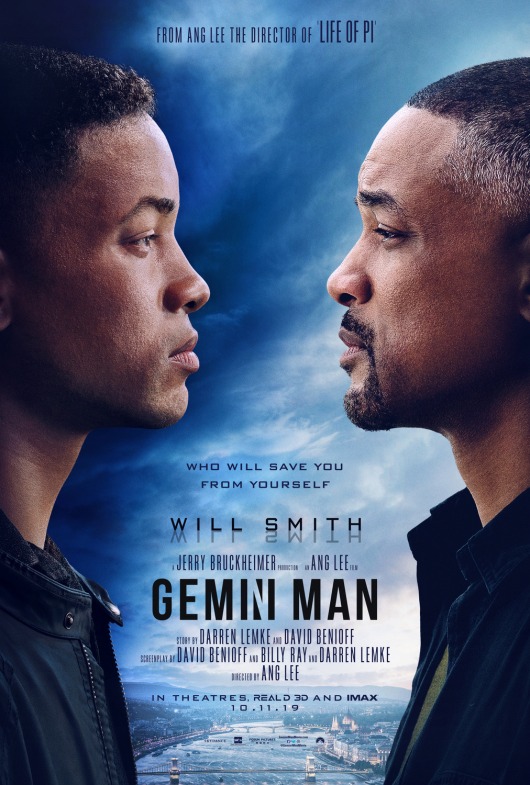 6.5/10 For a film in development for nearly 20 years, “Gemini Man” had to wait for the technology to catch up with its concept, but should have spent more time on the script during that two decade long waiting period. This is one of those films that if you turn off your brain, you can really have a fun time enjoying the well done action sequences, surprisingly strong acting and state of the art visual effects. However, if you think too long and hard about the plot, the film does unravel a bit and bring down the overall quality of the film. When it comes to the plot, there are many questionable circumstances and problems. Essentially every company has oversight to a certain degree so for the company in this film to have the funding and secrecy to get away with cloning for years without being detected is pretty unbelievable. One supporting character is able to just acquire a huge private jet with the laziest explanation possible as to how he got it. When the clone of Will Smith sees his older face for the first time in battle, he seems completely unfazed that he is looking at an older version of himself and then acts totally surprised to realize he was cloned. Some supporting characters only pop up to serve as exposition and one of the characters that gets killed is supposed to be a big emotional moment for Will Smith’s character but we as the audience don’t know the character so we don’t care at all. There is a ton of excruciatingly painful product placement. I think this film’s alternate title was “Coca-Cola Man” but they switched it at the last minute. Coca-Cola, Budweiser, Heineken and H&R Block have as much combined screen time as Clive Owen in this thing. There are a couple of cheesy lines and the main villain is a bit underdeveloped. Finally, not one but two big fight/battle scenes take place in public areas yet during these huge brawls/shootouts, nearly every civilian around is either mysteriously gone or you’ve got some heavy sleepers snoozing through explosions. Even though that sounds like a laundry list of problems, I still recommend this film due to the fact that most of these complaints are rather minor and there are a lot of great qualities about the film. When I said the acting is surprisingly strong, it wasn’t because Will Smith, Clive Owen or Mary Elizabeth Winstead aren’t great actors. They are. However, action type roles are generally not known to showcase an actor’s talent. Yet here we do get to see some genuinely talented acting, particularly for Smith, who is pulling double duty. Winstead is underrated too and it is great to see her in a mainstream film again, after having acted in several independent films as of late. The action is really the highlight of the film and the fight choreography, set pieces, various locations, high tech equipment and fantastic editing keep you enthralled during every energetic moment. The cinematography and lighting are really impressive and even though US theaters aren’t capable of showing the film in 120 FPS on a high-resolution 4K projector in 3D as it was intended to be seen, this film still looks incredible. When it comes to the de-aging technology, a solid 98% of it works really well. The very first time we see the younger version of Will Smith is slightly jarring and takes a minute to get used to and then at the very end when we see him for the last time in broad daylight, his face looks slightly rubbery. But other than those two instances, the technology looks great and it will be incredible to see it perfected in the years to come. The overall story line is pretty fun and creative and this is a great guilty pleasure film that you should be able to enjoy and appreciate, despite its flaws. If you are craving some solid action and a fun, entertaining time at the cinema, you don’t have to be born between May 21st and June 21st to enjoy Ang Lee’s valiant effort.