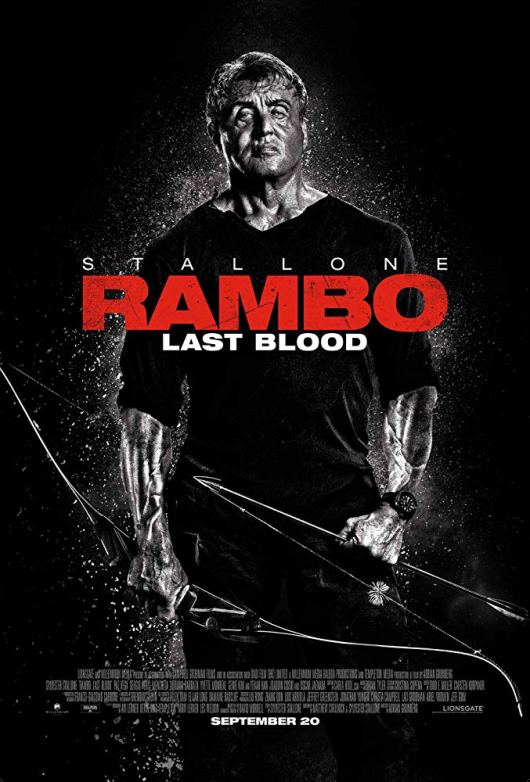 5/10 After watching the first three Rambo films for the first time and revisiting the fourth one, I was ready to check out the latest installment. The first few Rambo adventures were actually decent movies, despite being over the top. The first film especially dealt with PTSD which made it more than just a mindless action flick. 2008’s “Rambo”, which Stallone directed was super light on story and character development but had some great action to make up for it. In this latest and most likely final installment, the movie comes closer to the last installment than the first three. The story is mediocre and just used as an excuse for Rambo to slay bodies. There is no real character development and the quick flashes of Vietnam and other violent events in his life serve more as an homage for the audience than an actual look at his PTSD related problems. This movie has some of Rambo’s only remaining family in it but since the movie jumps in so quickly, we don’t feel much of a bond between him and his family. For being a super smart guy and brilliant strategist, he makes a couple of really dumb decisions in the movie. I also have a semi hard time believing that someone like John Rambo who is surely on every government watch list created has such an easy time getting the amount of explosives that he has in this movie. The movie turns into a “Home Alone” movie near the end which was probably the most entertaining and fun part, despite not being wholly original or realistic. This movie is exactly what you would expect it to be. It has some decent action (although not as strong as the last movie) and the pacing is great so it is a fun, quick view but the plot and characters are super weak and there are some cheesy lines in the script. A reporter in the movie is such a convenient ex machina that you have to roll your eyes when she pops up. Another problem is that the movie is very anti-climactic. The main bad guy in the movie isn’t really fought, making the final “battle” extremely disappointing. I do give the movie props for embracing its R rating and not being afraid to kill off characters, which was refreshing. Overall, this movie is forgettable, predictable and pretty dumb but it is a fun, easy watch, especially if you enjoyed other films in this franchise. If you were hoping this series would end on a high note, you will be disappointed but if you just want some mindless body slaying and an excuse to watch a senior citizen dismantle a cartel single handedly, then you could find worse ways to kill your time.