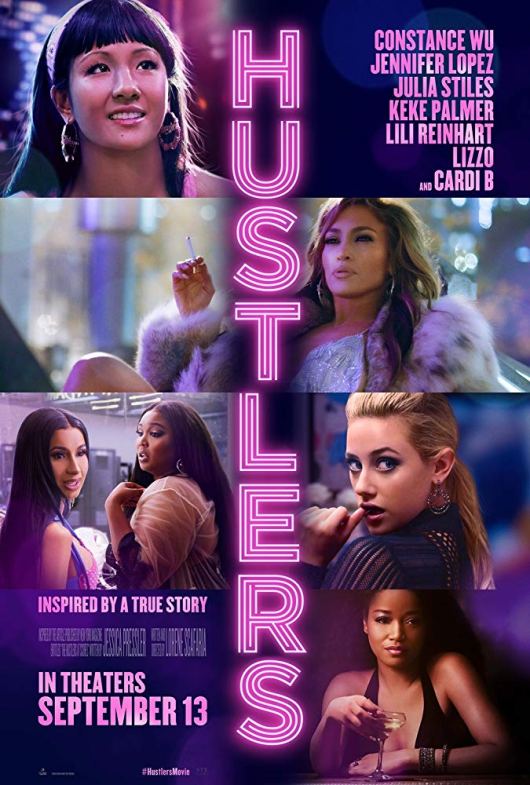 5.5/10 “Hustlers” ended up being a better movie than I thought it would be but definitely ills in comparison to other films that deal with similar, real life subject matter. “Hustlers” certainly excels in several areas. The acting is surprisingly strong (Constance Wu delivers her best performance yet and Jennifer Lopez reminds us that she is an actress first and a singer second), there is some notable cinematography, a fun soundtrack that not only transports us back in time but also is enjoyable to listen to and a solid pacing that always keeps the audience entertained every step of the way. There is an emotional element that both helps and hinders how we feel about these characters. On the positive side, these strippers and friends feel like a legitimate family that come together from various backgrounds through thick and thin with a common goal and help each other out, which was a strong element of the script and movie. However, the biggest obstacle this movie faces is our emotion as the audience as to how we feel about the actions these women are taking, which is only significantly more notable because this is a true story and these women are the protagonists, who actually committed these acts and had very lenient sentences following their crimes. These women drugged and robbed countless men and used drugs, alcohol, their bodies, etc. to seduce men and take advantage of them. First off, if the genders were reversed and men were doing this to women (drugging them and stealing from them, often ruining their lives), people would be rightfully outraged. Yet here, it is our entertainment. These women, particularly Jennifer Lopez’s character, try to justify their actions by saying people who work for or on Wall Street deserve it, which is laughable and in no way justifies their crimes. Lastly, to have Cardi B play a small role in this movie is really cringe worthy and distasteful since we know in real life she actually did what the characters in the movie do, drug men and steal from them and in her real life case, sometimes date rape. So to reward her with a part in this movie shows really poor judgement on behalf of the director. I feel like these film makers watched the far superior “The Wolf of Wall Street” and then tried to copy it the best they could, with lesser results. It definitely covers some of the exact same ground as that film but with a less talented director. Overall, despite some noteworthy complaints, there are elements to be admired here from a film making standpoint and I can see why this movie has become a hit. There is no need to hustle to the theater, but this movie is worth checking out on DVD/streaming services.