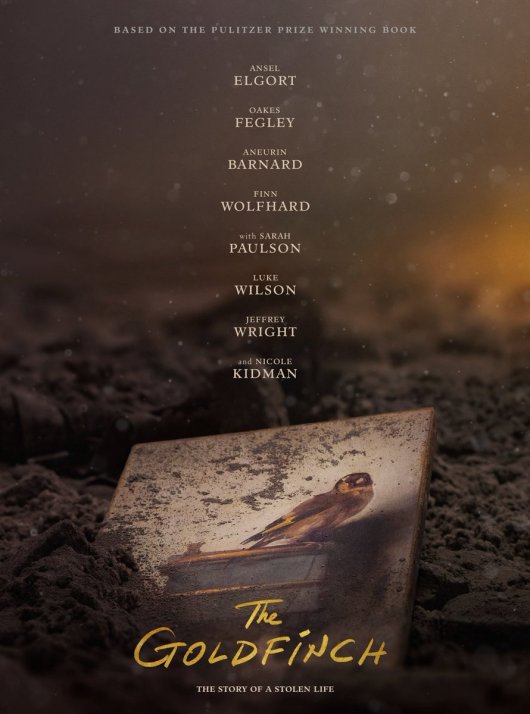 6.5/10 What looked to be the first real “Oscar bait” type film of 2019 has some impressive elements to admire but overall is very underwhelming and will not be a part of the Oscar conversation this winter. I haven’t read the acclaimed book upon which this film is based but after the film ended I had this feeling that this must be one of those stories that makes for a great, fleshed out book that you can’t really do justice to by cramming it into a film format. The film starts off on a rough note with the opening half an hour not grabbing our attention and really dragging out, which concerned me for how the rest of this two-and-a-half-hour long film would continue. Luckily, the pacing does greatly improve once that first half an hour ends and we do remain entertained for the rest of the film, despite this being a heavily dialogue driven film. There are many technical aspects to appreciate. The best living cinematographer, Roger Deakins, shot this film so it is beautiful to look at. The acting all around is really well done and both the younger and older versions of our main character (Oakes Fegley and Ansel Elgort, respectively) carry their respective parts of the film very well. Nicole Kidman is in what I think is the peak of her career right now yet the script doesn’t give her much to do so she ends up rotating between two facial expressions. I was pleasantly surprised that Finn Wolfhard was able to pull off a Russian accent but I guess I have seen stranger things happen before 😉 The score is very beautiful and moving and we have all of these technical aspects to appreciate but the problem ultimately falls upon the plot/script. The plot goes off in some weird directions that feel like they belong in another film altogether. There are quite a few eye rolling coincidences, especially in the second half of the film that bothered me. I didn’t buy some of the mafia type scenes that were happening by the end of the film. Perhaps the best sequence in the film, the explosion that sets the plot into motion, is spoiled in the film’s trailer so it isn’t as impactful seeing it in the film. Having it cut up into so many different sections and spread throughout the film also hurts the emotional impact of the scene. Some of the dialogue, especially early on with the children, came off as unrealistic and pretentious as opposed to how children (no matter how intelligent) actually communicate with each other. There are powerful moments dealing with grief, drug abuse and family that provide a strong emotional pull, which was well done but by the end, I felt like this material is better left in literary form and doesn’t bode well in the art form of film. This is a beautiful bird to look at but her wings are clipped so she never really takes flight.