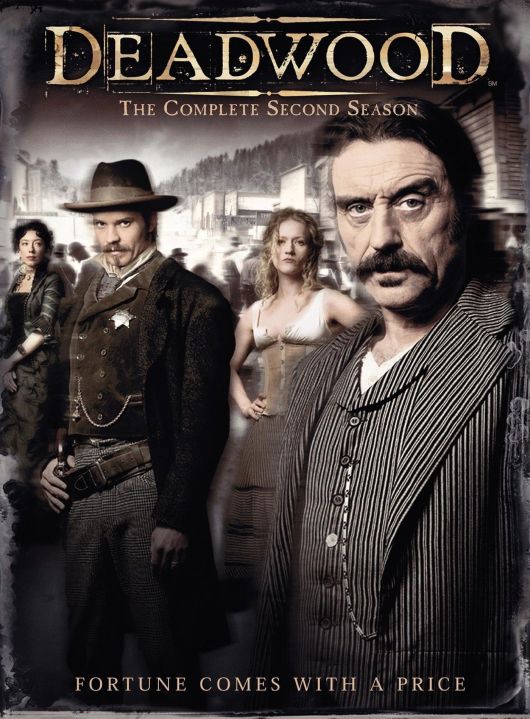 7/10 The first season of “Deadwood” was well made and interesting but a bit on the slow and underwhelming side when it was all said and done. First seasons of shows always have the disadvantage of having to establish all of the characters (which is even harder when a show has as many characters as this one has), plot lines, relationships, etc. Now that all of those have been established, season 2 feels like it has settled in and the showrunner and writers have gotten more comfortable with each passing episode. The first half of the season starts a tad slow as it introduces new characters and sidelines Al Swearengen with sickness. His absence in the first half of the season is definitely felt. The second half of the season however comes back with a vengeance and provides us with some of the best episodes the show has seen in either of the first two seasons. There is a major character death, political upheaval, murder, suicide, a celebration, the return of a character that had left, a war between the Chinese leaders, etc. If the first half of the season is a bit of set up, the second half delivers at full force and becomes so engaging that you won’t want to stop watching. There is a bit more humor this season as well and the last episode in particular has some really funny moments. The costume and production design remains Emmy worthy (which makes sense since this show was nominated and/or won Emmys in many technical categories over its three season course) and the acting is as superb as ever. The only negatives I can attest to are that the first half of the season does start slow and isn’t nearing as engaging or addicting as the second half of the season. Some of the political plot lines involving annexation, territory disagreements, elections, etc. are rather dry and often a little hard to follow. Despite the second half of the show being very solid, it never completely blows me away or shocks me like some other HBO dramas have in the past. This season is definitely an improvement over the first and despite some minor flaws and a slow start, I am fully ready for season three and the HBO original film that ends the series completely. This “Deadwood” is sure starting to feel alive to me.