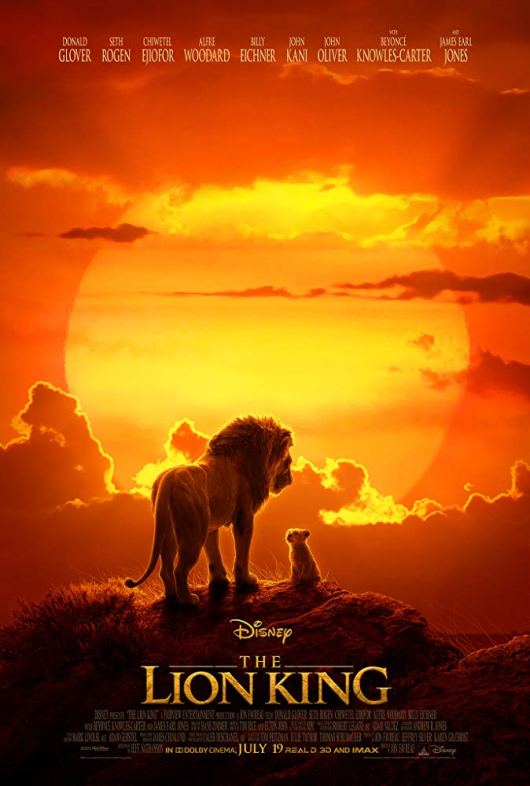 2.5/10 The quality of a remake is first determined by if a remake is necessary in the first place. To determine is a remake is necessary, a film maker must ask his or herself if the original film can me updated, modernized, improved upon, made relevant, etc. If the answer is no to any of those criteria, then there is no point in remaking it. With most on these Disney live action remakes (although I wouldn’t call this live action), new subplots are added (like the Genie getting a love interest in the new “Aladdin”), characters are better fleshed out (most characters in the new “The Jungle Book”), new songs are added (the fantastic “Evermore” from the new “Beauty and the Beast”), etc. I knocked the new “Cinderella” because I thought it was too similar to the original and didn’t provide anything new, fresh or necessary. Well there is a new…king of unoriginality and laziness with these remakes. Coming from Jon Favreau, whom took the original “The Jungle Book” and worked with that film’s screenwriter to delve deeper into the story, expand it and not just copy it, this comes off as so disappointing after his previous, much better effort. Favreau and this movie’s screenwriter copy and paste so much of the original film that if this were a college paper, you would get kicked out of school for plagiarism. Animators from the original film are rightfully mad for not receiving any credit or thank you remarks from the animators behind this remake since so many shots are the exact same as what they conceived back in 1994. From the very opening scene to when “The Lion King” flashes on the screen, it seems to be a shot for shot remake, with nothing new added. So many specific lines, shots, moments, scenes, etc. are exact replicas of the original with nothing changed, which is extremely lazy. Some changes that were made only make the movie worse. For example, a lot of the voice casting. Not all of the voice cast is weak. Young Simba and Nala are great. But when it came to John Oliver, Seth Rogen and Keegan-Michael Key, they never fully become their characters to the point where I forget it is these specific actors playing them. I couldn’t get their real life counterparts out of my head, which was distracting. Since Favreau decided to retain James Earl Jones as the iconic role of Mufasa, you’d think he might have considered doing the same with some other characters. For example, Jeremy Irons was much better suited and more intimidating/scary as Scar than Chiwetel Ejiofor is. Another problem is that the original casted voice actors whom were not only great for the part but could also sing. Here we have several actors whom may be right for the part but can’t sing at all. Seth Rogen can’t sing, nor can John Oliver so both end up speaking some of the lines of their songs meant to be sung. Ejiofor can’t sing well either so not only is the most underrated song from the original, “Be Prepared”, cut short and essentially neutered here, but many lines are more shouted than sung. Even Donald Glover as adult Simba and Beyoncé as adult Nala are both fine singers but their harmonies don’t mesh very well, they insert unnecessary vibrato into their songs and they don’t live up to their original counterparts. Even the classic “Can You Feel the Love Tonight?” is sung during the day time, not night, which doesn’t make much sense considering the song’s title. If anyone wants to listen to the music of “The Lion King”, no one in their right mind is going to choose the soundtrack to this movie over the original film. Another downgrade is Rafiki. In the original, he has a fun, silly personality and is always smacking characters with his staff. Here, all of his joyful personality is replaced with seriousness, making him not fun to watch at all. You could almost take his character out of the movie and not much would change. Another minor nitpick is that when adult Simba and Nala run back to Pride Rock, Timon and Pumbaa get there maybe 30 seconds later. There is no way out of shape and slow Pumbaa would have been able to keep up with two full grown lions running for miles and miles or even known they had left, where they were going or how to get there. The only positives I can say for this movie is that the animation is extremely gorgeous and I predict will win Best Visual Effects at the upcoming Oscars (although a couple shots have issues with characters emoting sadness in their eyes, since they don’t have human faces), the lighting is beautifully rendered, the new bits of score and Elton John’s new end credits song were both solid and the pacing goes by at a great pace, never leaving you bored. Despite some technical achievements and a beautiful, updated look, this is the most unnecessary remake since Gus Van Sant’s shot for shot remake of Alfred Hitchcock’s “Psycho”. This movie was only made for financial profit and is a completely missed opportunity in what could have been an excellent addition to these slew of remakes. Instead, this uninspired, lazy and needless clone may be king of the box office but not the king of the jungle of decency or originality. Go rewatch the original instead.