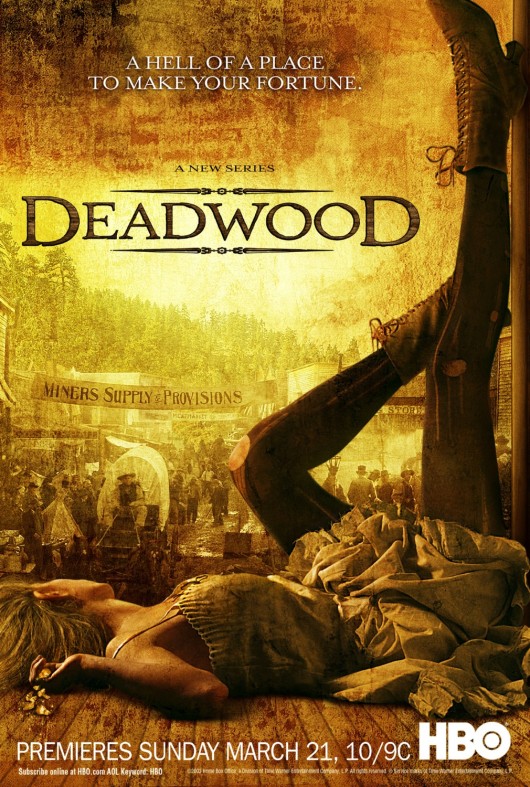 6/10 In preparation for the HBO movie culminating this show, which apparently ended abruptly and wasn’t given a proper send off, I figured I would check this show out and then watch the movie so see how they all stack up. This show ran from 2004-2006, back when I was in high school so it has been out for a while but I am just diving in now. Although there is a lot to admire about the first season, I couldn’t help but feel underwhelmed when it all ended. The production and costume design elements are Emmy worthy and expertly transport us back to the time when this series takes place. The cast is fantastic with standouts being Ian McShane, Timothy Olyphant and Brad Dourif. This western uses, let’s say “modern language” which is an interesting concept but it works well with the setting and makes for entertaining dialogue. The cast of characters are quite colorful and the time allotted to each character is pretty evenly spread out, which is fantastic. The score is well done and there is a grittiness to the show that just feels authentic. A lot of these characters are based upon real people and I know that great research and detail was put into the writing of the characters and some of these events. All that being said, for such a critically acclaimed show, not a lot happens. I am a very patient viewer but even this show feels slow at times with episodes coming and going with not much having taken place. Each season is 12 episodes so perhaps it would have been beneficial to make the seasons 10 episodes and trim some of the fat. For an HBO show that largely takes place in whore houses, there isn’t much sex or violence to keep our attention when things start to drag. Not that shows need those things to be good or engaging of course, but something we’ve come to expect from an HBO show might have actually helped here. The final two episodes (in addition to the pilot) do have the most going on and they do develop these characters well over time. I just wish these characters that we are getting to know would be put in some more dangerous or uncomfortable situations so we can have some movement with the show’s plot. I will be curious to see where future seasons go and hope that they maintain the high production value and acting but sprinkle in some more excitement so I’m not actually feeling like I too live out in the wild west with only so much to do.