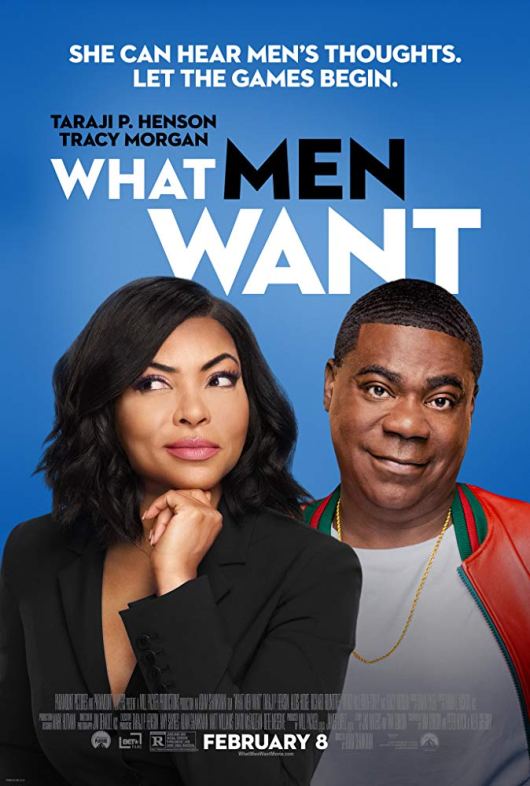 1.5/10 We are still fairly early into the year but “What Men Want” is a strong contender for the worst film of 2019…so far. I watched “What Women Want” for the first time before I went to see this spin off version. “What Women Want” was ok. It had some strong elements and some weak ones but “What Men Want” essentially has no strong elements. This movie steals the premise of “main character thinks they are getting promoted at work but loses promotion” from “What Women Want” and thinks that just switching genders of the main characters is as creative as they need to get. No joke, within the first 15 minutes of this movie we have three different product placement shots of Fiji water bottles and they even speak the word “Fiji” out loud to further put it in the script. By the time the movie ends, they say “Fiji” another time and show the product another three or four times. This movie dethrones “Daddy’s Home” and its Red Bull product placement for the movie with the single most belligerent product placement I have ever seen in a movie. As someone who notices stuff like that, it was infuriating. There is more blatant product placement in the movie but that was the worst offender of it. The script is awful and I think I laughed out loud once or twice in the entire two-hour duration of the movie. Everything is so over the top, ridiculous and unrealistic. Which the rule of comedy says you can be all of those things as long as you are funny but since this movie isn’t, it just makes everything more cringe worthy. For example, the company our main protagonist works for makes this terribly edited, offensive MTV style video to entice a client that is just awful. There is no way that video would have been approved, that a company that prestigious would have made it or that the guys who made it would be that high up in the company. There is also a really dumb and over the top scene at a wedding that ends with women fighting and pulling hair/weaves out like some World Star video. Really horrendous stuff. When this movie isn’t stealing ideas from “What Women Want” (using their mind reading powers to satisfy a partner in the bedroom), it is having men’s thoughts that are totally unrealistic that literally no one thinks but since the movie tries to be funny, it takes the low road. The love interest’s child’s dialogue seems really unrealistic and in a way that kids that young don’t speak. We don’t care about these characters and they are developed to a bare minimum. One scene has to shove some SJW nonsense into the movie which is completely out of character from her boss but fits the movie’s agenda. The only redeeming things I can say are that it had a catchy soundtrack and whereas “What Women Want” had a touching relationship between the protagonist and his daughter, this movie has a touching relationship between the protagonist and her father. You will feel every second that seems like forever of this two-hour torture session. What do men want? Never to watch movies this terrible ever again.