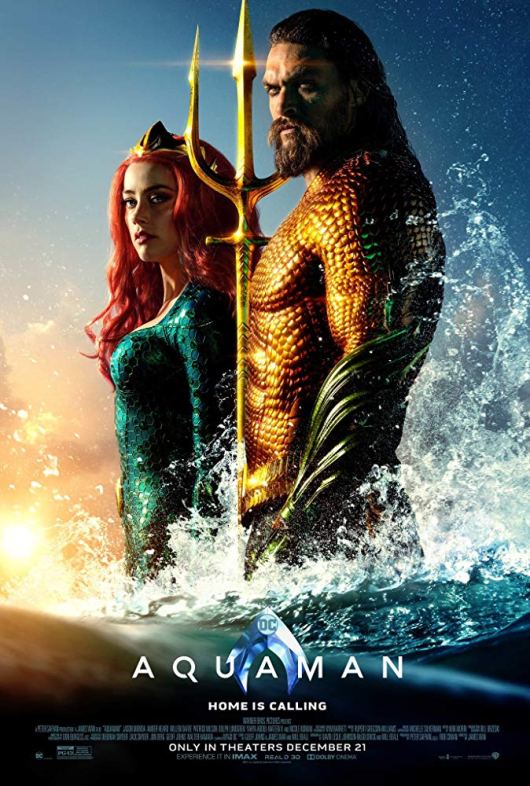 5.5/10 There is a lot to unpack with this movie but I will start by saying that overall this is a very mixed bag with some things done very well and some things done very poorly. To get the negatives out of the way first I will say that the biggest flaw this movie has is its script. There are some attempts at humor early on that fall flatter than a starfish, characters have some really cheesy lines (particularly Aquaman) and certain scenes feel so out of place that they feel like they were pulled from a bad Lifetime movie. Two scenes in particular that come to mind are the scene when Aquaman and Mera are lost and walking through the Sahara and they have some really painfully awful back and forth banter and the other scene with them walking through Italy eating roses as the cheesiest song possible plays in the background. Moments like these are horrendous and another pass at the script could have easily eliminated them or punched them up. Another problem is the soundtrack. Although I overall enjoyed the movie’s score, the soundtrack is another story. “Ocean to Ocean” by Pitbull which is basically a modern cover/remake of “Africa” by Toto is probably the single worst song I have heard in theaters in any movie released in 2018. The songs used in this are just overall awful and feel out of place. There are other flaws that I could go on about but one last one I will mention that stood out to me was the costume design. Some of the costumes were cool and fit the world well but some looked so dumb and cheesy. The villain Manta has a costume that he does his final battle in that makes him look like a character from Mighty Morphin Power Rangers and a lot of the henchmen look like “Halo” video game character rip offs. The end credit scene is also really dumb for several reasons that I won’t get into for spoiler reasons. As for the positive qualities that the movie offers, besides some questionable special effects, the vast majority look very stunning and mixed with the beautiful color palette, they are truly a sight to behold. As I hinted at earlier, a lot of the score is really good, particularly some of the tracks that sound like a combination of “Tron: Legacy” mixed in with a hint of the underwater levels from “Donkey Kong Country”. The highlight of the movie is probably how the action is choreographed and shot and the fact that the movie never goes too long before it throws you back into another fight scene. The movie knows what it is and doesn’t take itself too seriously, which is a good thing. In the end, this still falls way short of modern DC’s best current film, “Wonder Woman” but this is a visual spectacle with a lot of fun to be had so as long as you aren’t expecting a Christopher Nolan Batman level of quality, you can have some wet and wild fun with this movie.