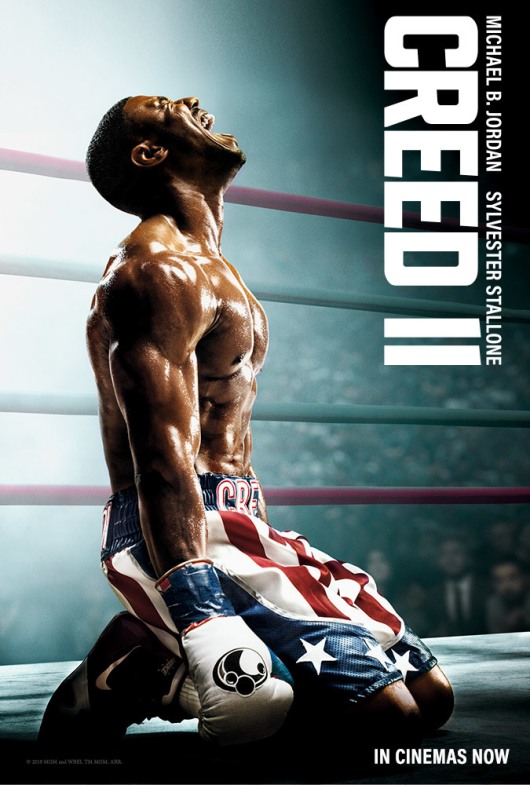 7/10 The first “Creed” film (or 7th “Rocky” film) was a much needed shot of adrenaline into the franchise and director Ryan Coogler along with Michael B. Jordan really pulled it off. This follow up is a good movie but without Coogler behind the scenes developing the story or directing, it doesn’t quite reach the level of the previous film. Another aspect that made the first “Creed” great was Sylvester Stallone’s performance and the emotional impact of what his character was going through. Although Stallone is still solid in this film, he isn’t as good because his character’s arc isn’t nearly as strong or emotionally powerful. So although this film doesn’t quite live up to the first “Creed”, there is still plenty to enjoy about this film. The acting is all around solid, the soundtrack pumps you up and does its job well, the boxing matches are very well shot and choreographed and the film does a great job progressing Adonis and Bianca’s storyline as they face the obstacle of raising a child and dealing with extremely demanding careers, one of which is extremely dangerous and the other which has an expiration date due to hearing loss. By having Ivan Drago’s son as the main opponent for Adonis, the film adds an emotional layer that develops Adonis’s character and ties the film back with the rest of the “Rocky” franchise. The film also does a decent job of developing Drago and his son as our antagonist and even though we root against them, the film humanizes them so we empathize with them. The film is only three minutes shorter than “Creed” so it stays consistent in running time and the editing and pacing keep you entertained for the entire duration and doesn’t overstay its welcome. Since this film has ever so slightly out grossed its predecessor, I am sure we can expect a third entry in this franchise to close it out. Although this film doesn’t top the first, it does its job well enough to warrant checking it out and ensuring that I will be happy to see another film with these interesting characters and what happens to them next.