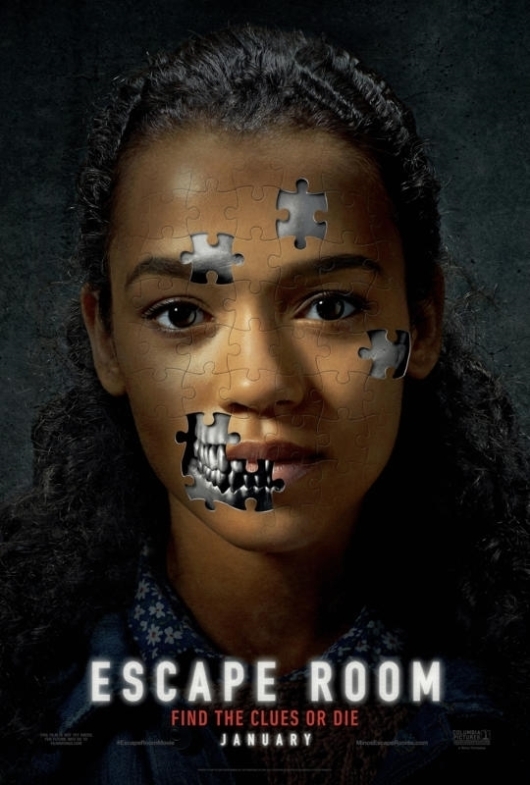 4/10 “Escape Room” is an interesting concept for a movie. Sure, it borrows heavily from the “Saw” franchise, but puts a little bit of a twist on the story as actual escape rooms are fairly popular these days (I have partaken in a couple myself). If you have seen the trailer though, you should know what to expect from this run of the mill teenage horror movie. No name actors playing characters you don’t really care about slowly getting killed off in interesting ways. No one expects a movie like this to be groundbreaking or win any Oscars and despite it being a fun movie, overall this is a bad movie. The positives are the concepts, a decent score, subverting expectations (in terms of character deaths), a creative production design for the rooms and a slim running time that makes the movie fun. Despite the movie being fun and the aforementioned positives, everything else about this movie and in particular, the plot itself, fall flat. The concept is fine but the story, especially in the end just goes way over the top and becomes completely unrealistic. I never go into spoilers in my reviews but I will say the company that runs this killer escape room experience has an insane amount of power and money and is able to magically pull off several impossible feats that are ridiculous. The ending does really hurt the movie’s credibility. A recent pet peeve of mine with movies is setting up for a sequel/franchise instead of focusing on a singular story and then being able to provide a sequel down the line if another story in that universe can be found. Yet this movie seems made simply to start a franchise (at least the “Saw” films started off as more singular stories before they further connected to each other later on). The ending that sets up for the sequel also plays into how insanely powerful this company is which apparently has no oversight and plenty of blank checks to write out. It is good that this movie doesn’t take itself too seriously and has fun with the rooms themselves as we, the audience, try to figure out the rooms/clues as the characters do. It’s just a shame that an entertaining movie is brought down by horror movie clichés and an ending so silly that it undermines a lot of the fun. Feel free to watch this with low expectations but don’t be surprised if by the end you want to…escape.