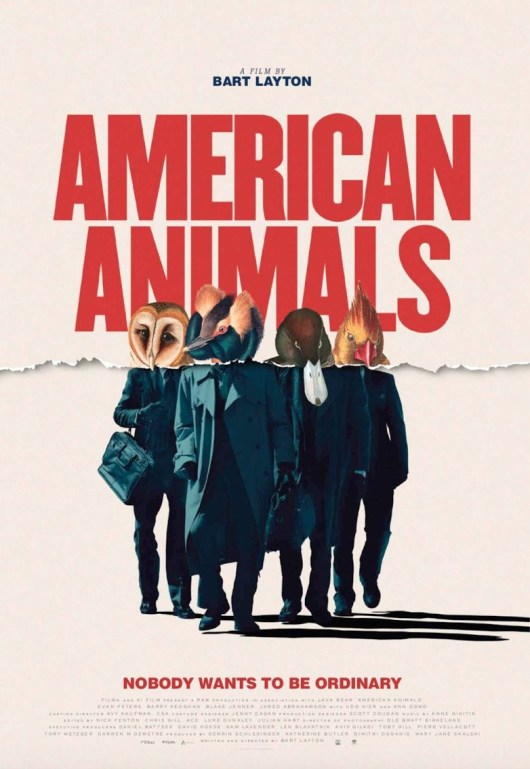 7.5/10 The trailers for this film looked equal parts interesting and underwhelming and another wrench thrown in is the fact that rapidly dying company MoviePass helped distribute this film. However, it is the final product which is all that matters and the final product here is a really good one. The biggest standouts from this film are the editing and the cinematography, which really elevate the film. The plot is a robbery/heist film, which happens to be a true story. We have seen many robbery/heist films so there isn’t anything too intriguing about the storyline except for how young the perpetrators were at the time of the crime. The true story aspect does give it an element of excitement since I assume, like me, that most viewers are not familiar with this story. To overcome any story elements that may be lacking, writer/director Bart Layton made some very bold directorial decisions in order to take the film from ordinary to extraordinary. His experience in film has all been in documentaries before making this his non-documentary directorial debut so it makes sense that this is a docu-drama with live action reenactments mixed in with documentary interviews. The editing and transition back and forth between these two are seamless and adds an extra layer to the film. Even when characters tell the story the editing will show one scenario and then when another character contradicts the original story or tells it in a different manner, the editing mixes the two or shows both versions of the story, which was very creative. Even a simple inquiry on an online search engine is done creatively. The acting is well done and Barry Keoghan (“Dunkirk”, “The Killing of a Sacred Deer”) continues to rack up quite the esteemed filmography for only being 25 years old. My biggest complaint with the film revolves around its replay value. A truly great film you will want to watch again and again, even ones that have heavy/dark subject matter (“Saving Private Ryan” or “Requiem for a Dream”) but once this film ends and we are all caught up on the true story, the magic feels lost and that there is no need to watch it again because the very well done novelties have worn off and there will be nothing new to uncover about the story upon future viewings. Despite that and some very minor complaints, the interesting characters, true story, Oscar worthy editing, killer soundtrack and cinematography all add up to a surprisingly interesting film that makes me hope that Bart Layton sticks around in feature films as well as his usual documentaries.