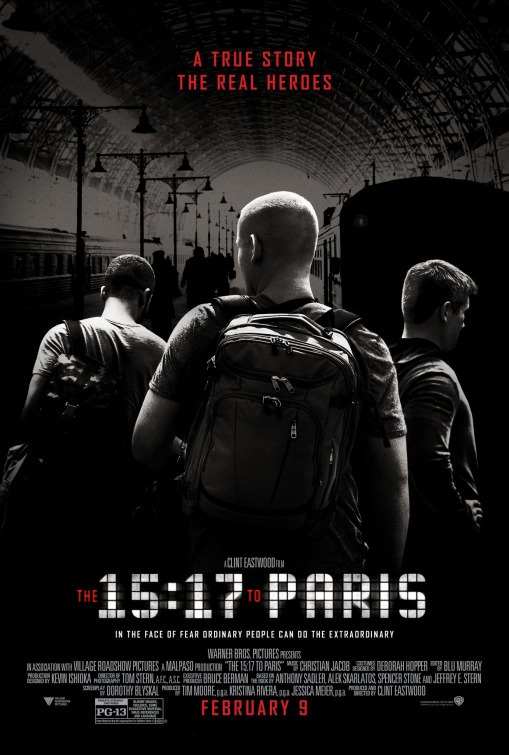 3.5/10 As someone who loves Clint Eastwood as a person, an actor and a director, it is hard for me to admit that after some recent hits, his latest is a rather glaring misstep in his overall very solid filmography. I wish I could say the problem was just the script too but it wasn’t. The blame goes all around from the script with its often clunky dialogue and unrealistic happenstances to the acting as well. I get that the three male leads are not professional actors but I think the experiment to have them play themselves falls short since they can play themselves but they can’t go any deeper than that. Finally, Clint Eastwood’s direction is also at fault here and that is something I have rarely ever said. The movie talks a bit about God and his direction for us in life and shows characters praying. Then the camera focuses a bit long on a girl’s thighs/ass as she walks up the stairs and in a club scene in Amsterdam, showing more skin than you would have expected. Yes, I understand these are still three young men who are drawn to drinking, partying and women but with the film’s religious message, this feels conflicting and out of place with the overall messages of the film. There is also a masturbatory film poster from a Clint Eastwood movie in one of the character’s rooms when he is a kid that made me roll my eyes. Another huge problem with the film is that the actual event on the train is the only real noteworthy part of the film. The rest is all filler and not interesting enough to sustain a full length feature film until that climactic ending. Sprinkling the entire first half hour of the film with B rate TV actors also was more of a distraction than anything (“Hey, the girl from “The Office”! Hey, the girl from “Archer”! Hey, the guy from “Reno 911”! Hey, the guy from “Arrested Development” and “Veep”!). The positives are that I did learn new facts about the incident that I had no idea about (I wrongfully assumed all three young men were in the military) and that final climactic scene was by far the best part of the movie and very well done. The editing and score were fine but nothing memorable and the cinematography did its job and not much else. If you are big into the military or real life events, wait for this to come out on DVD or go to Netflix, but feel free to miss the train that will take you to the theater on this one.