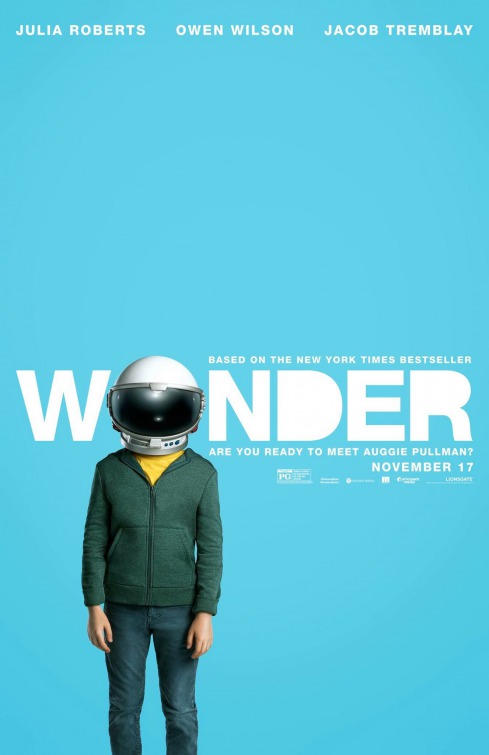 7.5/10 I was not very excited to watch this film. The trailer didn’t do much for me, Julia Roberts has not done anything noteworthy in years, I’m not the biggest fans of modern kids movies/shows (outside of “Stranger Things” or “It”) and do I really want to look at an ugly kid for two hours of screen time? Yes, you may think I am a dick for these thoughts, but that is what I thought when I watched the trailer. Well before the Academy Awards I was looking to watch as many Oscar nominated films as I could and this film just happened to be nominated for Best Makeup and Hairstyling. I knew it would lose to “Darkest Hour” but figured I would watch it at the dollar theater anyways. Despite my low expectations, I do have to say I was very pleasantly surprised at how good this film is. It has some problems like it isn’t very memorable, nothing ground breaking, some of the school moments are cheesy or unrealistic and some of the supporting characters aren’t developed as well as they should be. All that being said though, this film gets a lot right. The acting all around is well done. The story, although nothing completely new is told in a fascinating way by breaking the film up into sections based off of the characters. There are some cool visual moments which you wouldn’t expect in a kids movie based in reality. Most importantly, there is real emotion behind the film. It develops the leads and their struggles, both good and bad, to the point where it makes the audience connect to these characters. We have a stake in how these characters are doing and how their stories will end up. We are shown otherwise two dimensional characters their complete side of the story, therefore developing them and making them full, well rounded characters. This speaks to the strength of the screenwriter to be able to take an average story, present it in an interesting and refreshing way, make you emotionally connect to the characters and end with a predictable, yet satisfying conclusion. This may not break any new cinematic ground or be remembered in a few years, but if you are looking for a wholesome family film with a positive message and interesting presentation, look no further than “Wonder”.