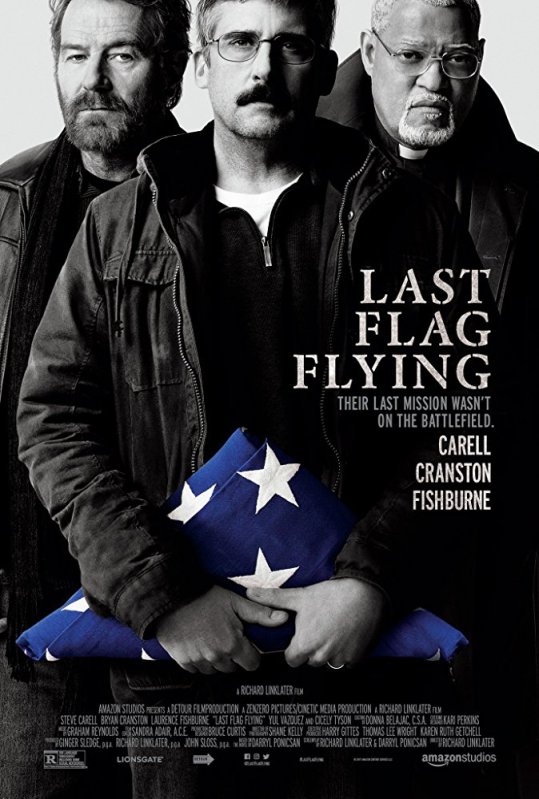 7/10 Richard Linklater’s last three films have followed an interesting pattern. He made Oscar darling “Boyhood” which chronicled about a decade or so in the life of a boy and his family and friends. He then stuck with the younger side of men in the college aged “Everybody Wants Some!!” and now on the opposite side of the spectrum we see the older side of men with this film. As Linklater grows older he still has a flair for telling stories about boys and young men but we finally get to see him work with an older cast. This film is basically a companion piece to the 1973 film, “The Last Detail.” Both films are based off of books by the same author. One main complaint is that it covers a lot of the same grounds and checks the exact same boxes that the 1973 film go through. So from an originality perspective, this has been done before and even comes from the mind of the same author. One of the characters can also be a little inconsistent in his actions (Bryan Cranston) and even though it may be done for slight comedic relief, I think Laurence Fishburne’s character was taken a little bit too far. I thought the film could have also been a little bit more emotional in the first half, especially considering what the film is about. This film was personal to me because it was about what I did for a living in the Marine Corps for years and partly defined who I am today. So even though this film is perfect for someone like me, it wasn’t until the ending that I really got emotional. All those flaws being stated, there is a lot to like in this film. Despite character flaws in the writing, the actors all handle their material very well and so naturally inhibit their characters. Steve Carell continues to prove that not only is he a fantastic comedic force but he might be one of the best and most underrated dramatic actors today as well. His ability to switch back and forth between comedy and drama is seamless and so talented. The vast majority of the military aspects of the film were accurate with only a couple minor exceptions. Despite the dark and depressing subject matter, there are moments of comedic relief sprinkled throughout the film that help make it entertaining and even a little fun. The film tackles moral dilemmas and asks tough questions about what it means to be a hero. The score and soundtrack suit the film very well and this was perhaps the best ending to a film in all of 2017. Not just because of what happens but just the mood and timing align perfectly. The film drags in a couple places but it sure knew where to tie it all up at the end and using Bob Dylan’s “Not Dark Yet” as the ending credits song only adds to that pitch perfect ending. The film is flawed and not a movie that will put you into a great mood but it is an important film with some strong qualities that I recommend.