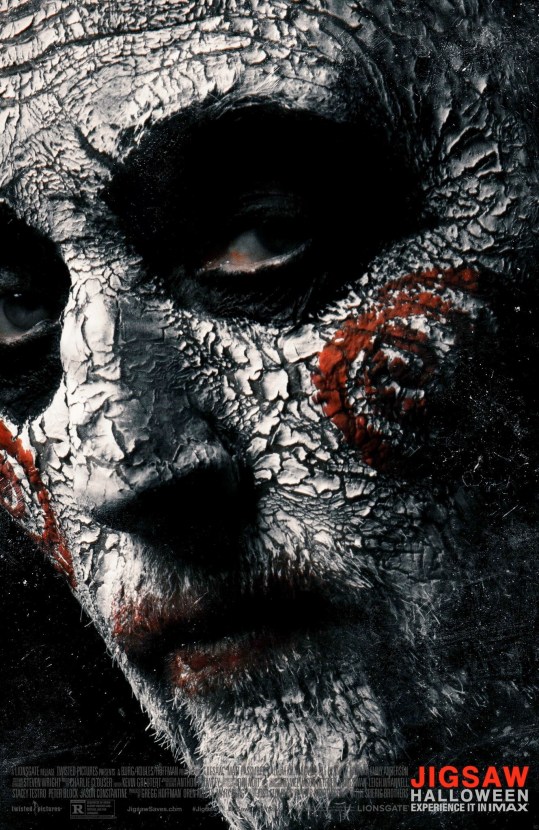 6/10 After watching seven “Saw” movies back to back and the franchise taking a seven year gap off, it was time to return to the series with the eighth installment in the franchise that helped invent the phrase “torture porn”. This movie continues to bring us what we already know we are going to get from a “Saw” movie…C rate actors, tons of grisly violence and gore, a surprise twist at the end, etc. I figured after the seven-year gap (after making the previous movies once a year) that they really took their time to add something new to this franchise and warrant bringing it back. After watching this movie, I was basically proven wrong since this is more of the same, although that isn’t the worst thing in the world. It doesn’t matter if you have seen a single “Saw” film or not, you will basically know if these movies are for you or not. This new movie won’t change that fact, bring in any new fans or turn off any old ones. The acting is still mediocre at best and we don’t care all that much about these two dimensional characters. The plot has gotten pretty ridiculous with everything still tying together (how many abandoned warehouses to set up these death traps are there?!) but in a horror movie like this, we tend to forgive it a little bit. The twist was pretty clever at the end and I didn’t see it coming at all, which I give it points for. Continuing to find ways to bring back Tobin Bell as Jigsaw have gotten pretty creative as well. The editing isn’t as quick cut and annoying as previous “Saw” films, although there is still some of that. The production design when it comes to the traps are pretty inspired, even if the practicality could be brought into question. No movie in this franchise will touch the “out of nowhere” element that the first film had when it surprised us back in 2004 but we can’t really expect it to. There are some questions still left unanswered (Dr. Gordon!) but if they make another “Saw” movie to explore those unanswered questions, let’s hope they take their time and truly get inspired so we aren’t just getting more of the same. If you like this franchise, you will enjoy “Jigsaw” even if it won’t blow you away and if you have no interest in these movies then move along, there is nothing to see here.