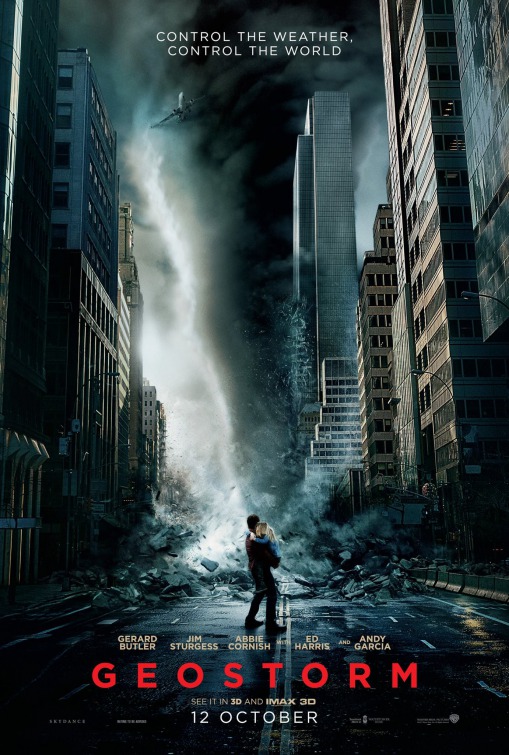 3/10 What an experience this movie was. All you have to do is watch the trailer and you know what kind of movie you are getting into here. How this movie was greenlit with its giant budget is beyond me and I guarantee that first time director Dean Devlin will never get a big budget film to direct again because of how much money he lost the studio for making this turd. The good thing about this movie is that if you do like dumb, fun movies like “Sharknado” then you will love this. The plot is a joke, the special effects are subpar, the script is complete trash and characters are two dimensional. There is a scene where characters decipher a hidden message from Gerard Butler and it is so ridiculous that I haven’t laughed more in a movie this year than I did at that part alone. The unintentional comedy is the movie’s saving grace. I can’t believe they got talented actors like Ed Harris and Andy Garcia to agree to this. Gerard Butler can be a solid actor when he picks good roles in good films that are well written. With this direction and script though, he has nothing to do but say his lines with a straight face and try not to laugh at the words he actually has to say. The family dynamic in this film would have heart to it if it weren’t for how cliché, cheesy and forced it all is. The romantic aspect with Jim Sturgess and Abbie Cornish doesn’t work because they have no chemistry together. I can’t understate how idiotic and nonsensical this movie is. Even the action scenes of the crazy weather catastrophes happening are less exciting and have been done far better in films like “The Day After Tomorrow” and “2012.” This movie definitely tries to emulate the films of Roland Emmerich but completely fails to do so. Not that Emmerrich’s films are great, but at least he knows how to make the spectacle and destruction entertaining and fun to watch, something Dean Delvin fails to do. If you want to laugh at how bad a movie is and have a few drinks, this is the perfect movie for you. Otherwise, avoid this movie like it were a natural disaster.