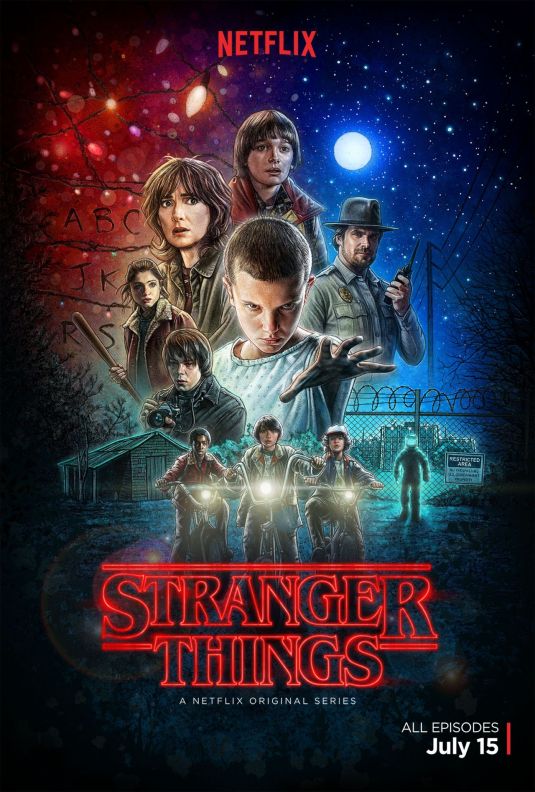 7.5/10 It can be difficult to enter into watching a new show when so much hype has already been created surrounding the show. Before watching this I had heard a ton of positive buzz, which got me excited for the show. Although I really ended up liking “Stranger Things” I will say that some of the hype has been blown out of proportion. I personally believe the biggest reason that this show is so immensely popular and successful is because of nostalgia. People don’t often talk about how powerful a tool nostalgia is. It is the reason why “Jurassic World” coming back after 14 years or “Star Wars” coming back with a new trilogy were breaking box office records. People love to be reminded of “the good old days” when they were younger and life was simpler. That’s why you see a lot of trends making a comeback. Could be a fashion trend, cars, rebooted TV series (“Arrested Development”, “Twin Peaks”, “Gilmore Girls”, etc.) and the list goes on. So I do think that people may have been eating one too many Member Berries while watching this show, but that being said, allow me to get into why “Stranger Things”, nostalgia aside, is a good show. Despite how much it pays homage to its 1980s influences, “Stranger Things” is an original show. Some of the themes we may have seen before but this isn’t based off of a book, movie, tv show, play or any other pre-existing property. Child actors can also make or break any show/movie and all of the child actors in this show do a phenomenal job at such a young age. Their dialogue also feels realistic, which is hard for a lot of screenwriters to pull off. It has been a while since movies like “The Goonies” or “Stand by Me” so we often don’t get movies or shows that focus on kids (“It” is also a rare exception) but this one does so very well. The use of 1980s music is done very well too because they don’t overdo it by putting too many songs into every episode. They use them sparingly and go with the “less is more” approach. The score is mostly solid, with the exception of becoming repetitive as the season progresses. The show blends spooky vibes/atmosphere with its drama well to the point where it shouldn’t be too scary for some younger audience members but it is creepy enough to scare some adults. The pacing moves along well and you never get bored. The children and main adults are well developed. As for the problems I would say that some of the parents aren’t as developed and pretty one note. Winona Ryder’s character starts to become grating at times. Due to budget restraints, some of the special effects look questionable (expect a bigger budget and therefore better looking effects with season 2) although I do think the creature effects look good and resemble something out of a Guillermo del Toro film, which I liked. Overall I definitely recommend this show as it does use that nostalgia well in resembling past works of Spielberg or Amblin Entertainment movies without stealing too much from them. At eight episodes, this is a fun and spooky ride from start to finish. Bring on season 2!