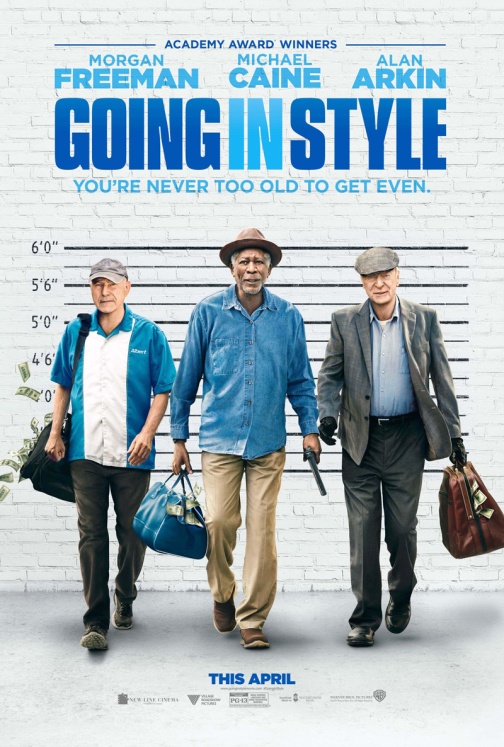 4/10 For a movie with the word “style” in the title, there sure is little to be found. As much as I understand A list talent like Morgan Freeman, Michael Caine and Alan Arkin wanting to do an “easy” film where they can have fun and mess around with each other, it pains me to see such talent stoop to such depths with material that is so below them. Right off the bat the opening scene had me rolling my eyes more than a pothead rolls joints. Christopher Lloyd is so far gone in this movie I couldn’t tell if he was playing a character or himself. Characters are clichéd, situations are unbelievably ludacris and the stupidity sucks most of the fun out of the movie. “But Jarrod, this is a comedy, you aren’t supposed to take it seriously!” That point would be well taken if this “comedy” produced any laughs. I think the biggest laugh I had was while the three main leads were watching The Bachelorette and I laughed from what was happening on the show, not how the actual characters reacted to it. Apparently you have to be over 65 to find this film funny. Maybe I will revisit it in 40 years and see if it makes me laugh more (I doubt it). The only redeeming things about this film are that the actors do perform well with what they are given. Michael Caine in particular actually made the movie emotionally engaging in a few scenes, which impressed me. The pacing is strong so the movie moves quickly and never leaves you bored. Your grandparents will probably love it too, so it has that going for it, I guess. Zach Braff continues to show that he should have stuck to acting because he is now 0 for 3 in terms of directing feature length films. Unless you have chronic arthritis, use a “HurryCane” or have fallen and you can’t get up, you are gonna want to pass on this forgettable clunker.