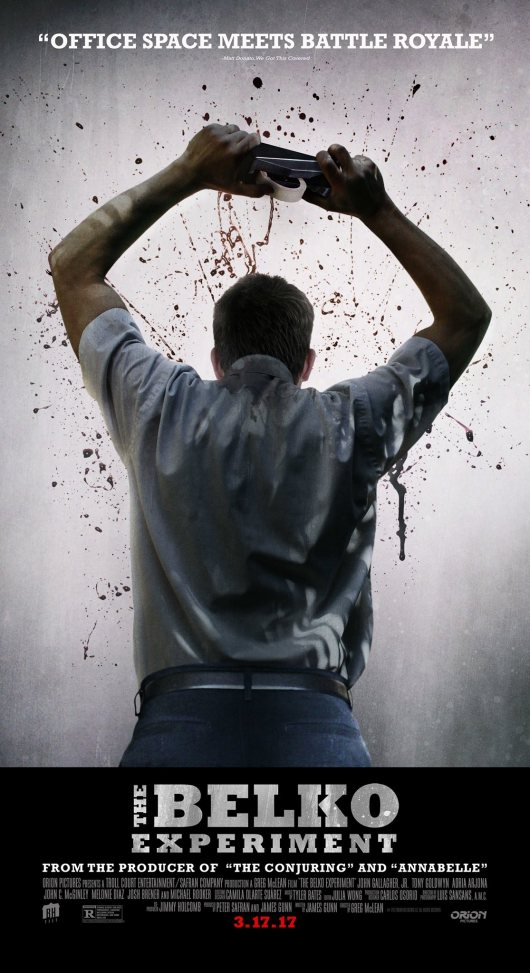 2.5/10 It is easy to see why writer James Gunn (director of the Guardians of the Galaxy films) wrote this but didn’t want to direct it. Even he knew what a stinker he wrote. Despite being a talented individual, his script here is lazy and extremely clichéd. 90% of the characters are not developed at all and the few who are don’t get proper send offs. Why use time developing characters and then not do them justice at all? The visual effects are cheesy due to its low budget but it still looks like it came out in the early 2000s. Michael Rooker is criminally underutilized. The plot steals from Battle Royale and other similar films. The final product is forgettable and the only positive things I can say is that the film goes by quickly with its solid pacing so you don’t have to suffer for long and some of the kills/violence/gore is pretty cool if you are a fan of violence in movies like I am. If violence turns you off, then this film really has nothing to offer you. This felt like the first draft of a screenplay that no one bothered to touch up or add an ounce of originality or memorable characters to. They leave it open for a sequel that I pray will never happen (judging by the box officer returns, it won’t). If there is nothing else on and you want to see some gore then you could turn off your brain and check this out and just know that it sucks but otherwise this film isn’t even worth watching. A pretty big waste of time that luckily isn’t memorable so you will quickly forget it if you do have the misfortune of seeing it.