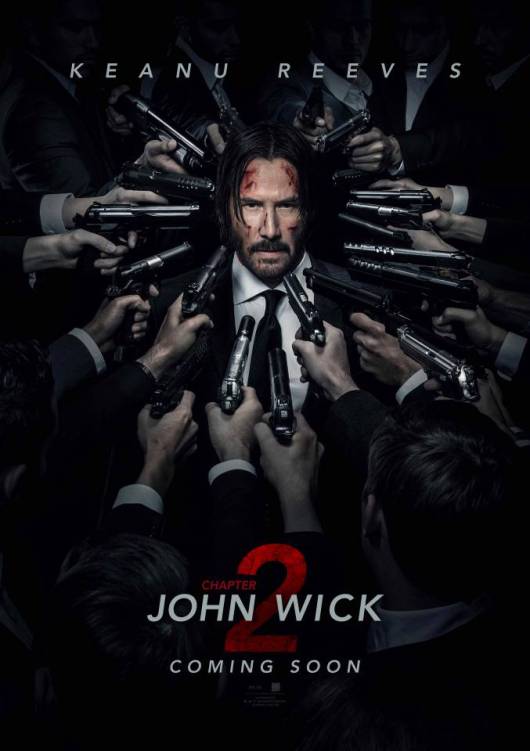 8.5/10 One of the rare action sequels that out shines the original, John Wick 2 shares some similarities with the first film, but exceeds it in other ways. What both films have in common is the very simple story. If there is any reason this film’s score is kept at an 8.5 instead of higher is due to the very simplistic story. This franchise is not about the story but instead focused on the action itself. I would go so far as to say this is the best action film since “Casino Royale” (I am not counting “Mad Max: Fury Road” because that is vehicular action and this is all guns and hand to hand) and the reason “Casino Royale” is better is because of how strong its story is and its characters. Besides sharing a very simple story with the first film, allow me to tell you why this sequel is much stronger. Action can become stale, over bloated, uninspired but this movie breathes new life into not just the action, just the gun play and fight choreography as a whole. There are some amazing kills that are fun to watch on display here. What I love about this franchise is the way they SHOW the action. If you watch the Jason Bourne films you will see the kind of quick cut MTV style editing which is meant to emulate chaos but instead just hinders the audience from seeing what is going on. That quick cut every second style that Paul Greengrass uses in his action movies and the late Tony Scott used late in his career annoys me greatly. What the film makers behind John Wick understand is that we actually want to see the fights go down. The cinematography and editing during the fight scenes are extremely well done and the way I believe all action films should emulate. The set pieces of where they fight is also inspired, including the stand out, a colored mirror room near the end of the film that reminded me of “The Man with the Golden Gun” except way more modern and exciting. The supporting characters were also slightly more fleshed out and had way more to do this time around. Overall, yes this film’s story is very cookie cutter and forgettable but it is the cast, the unbelievably inspired action, the location, editing and cinematography that makes this the best action film in a decade. I am officially a John Wick franchise fanboy. Bring on part three.