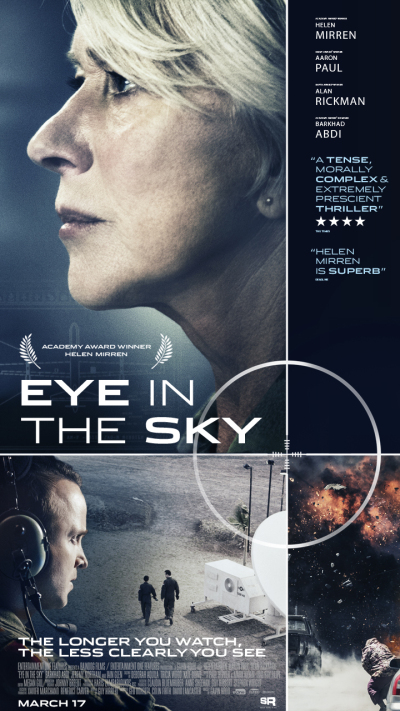 6/10 Last year a foreign film called “A War” came out that was up for Best Foreign Film at the Oscars. That film tackles somewhat similar subject matter (with less emphasis on drones) in a much more compelling way. Although this film is by no means bad at all, it just ills in comparison to similar such films. It has a solid way of portraying both sides but at the end of the day feels slightly bland and forgettable. A decent rental but I’d suggest seeking out other related films that leave much more of an impact.