Oscar Predictions & The Best/Worst Films of 2015! 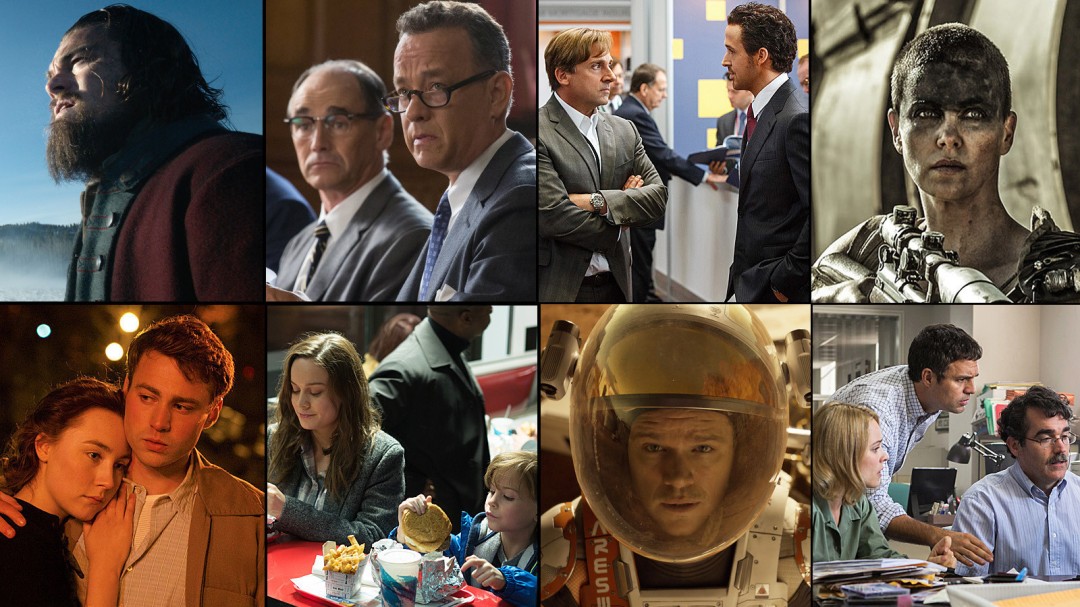 Intro: 117. That is the number of films I saw in theaters in 2015. An average of one film every three days. I got out of the Marine Corps at the end of March and did traveling for a month and a half. I also worked over the summer. However, in the months that I had the most free time (fall and winter), I made sure to watch as many films as humanely possible. The 117 films I saw in theaters don’t include all the films I watched on Netflix, all 24 James Bond films, the previous Jurassic Park (3), Mad Max (3), Poltergeist (3), The Hunger Games (3), Vacation (4) and Terminator (4) films I watched before seeing the latest entry in those series, etc. I have never watched more films in one year than I did in 2015 (sadly as a full time college student, this year the number of films I see will be greatly reduced). Despite having seen more films than in previous years, this year the Oscars have been by far the toughest to predict. I have a competition that I have taken part in the last two years on predicting the Oscars and have won both years. Here is how I predicted them… 2013 Oscar Predictions 21/24 categories correctly predicted 2014 Oscar Predictions 20/24 categories correctly predicted 2015 Oscar Predictions TBD In addition to predicting the Oscars I am also going to give a Top 10 Best Films of 2015 and a Top 10 Worst Films of 2015. I might throw in a few bonus categories for fun and I may even expand that in upcoming years but I think it will be have fun to have all this recorded so I can look back in years to come about how films ranked in particular years. Without further ado… *I have seen 32 out of the 42 full length feature films nominated for Oscars*

What will win: The Revenant
What should win: The Big Short

Who will win: Alejandro González Iñárritu
Who should win: George Miller

Who will win: Sylvester Stallone
Who should win: Mark Rylance

What will win: Amy
What should win: N/A

What will win: Claude Lanzmann: Spectres Of The Shoah
What should win: N/A

What will win: Son of Saul
What should win: A War

What will win: “Til It Happens To You” from The Hunting Ground
What should win: “Simple Song #3” from Youth

What will win: Bear Story
What should win: N/A

What will win: Stutterer
What should win: N/A

What will win: The Revenant
What should win: Star Wars: The Force Awakens

What will win: The Revenant
What should win: Mad Max: Fury Road

What will win: The Revenant
What should win: Ex Machina

Inside Out and The Martian

1. The Hateful Eight
2. It Follows
3. Mad Max: Fury Road
4. Sicario
5. Steve Jobs
Closing: Thank you for taking the time to read all of this, as well as my mini reviews/hashtags that I have been posting on FB for every film I’ve seen in 2016 so far. It seems each year my love of film not only grows but my number of friends who are taking a bigger interest in films grows as well. Feel free to list off your predictions for my favorite night of the year, your top 10 best and worst films of last year or any other comments you would like to share. What film did you love that not enough people saw? What film did you hate that everyone saw and loved? There are many great films coming out this year that I look forward to seeing with many of you. If you want to see any movie, feel free to hit me up because I am sure I will be seeing as many as I can, particularly in the summer when I am out of school. Thanks again, enjoy the Oscars and I’ll see you at the movies! 🙂